When Colleen Kohse woke in a hospital room with a new heart and lungs, she tried not to think about how short her salvaged life might be and instead focused on the fact she could breathe.

On Tuesday, Canada's longest surviving heart and double-lung recipient celebrated the 25th anniversary of her surgery, which came at the forefront of a wave of transplants that gave new hope to patients who were suffering from cystic fibrosis.

"I'm really happy to be here and to be able to breathe deeply, though I'm hyperventilating a bit right now," said Ms. Kohse, 54, who seemed healthy and vibrant, if a bit nervous facing television cameras at a news conference in Vancouver.

"After all these years when I look back I still find it amazing," she said, thanking organ donors for giving people like her a second chance at life. "It's not just a donation; it's a living legacy the families and their donors leave behind. As you can see, people can go on for a long and healthy life, so people are giving that to other people, which I think is tremendous."

In 1988, Ms. Kohse was sent to England for the surgery, which wasn't yet being performed in British Columbia.

She waited two months for someone to donate a heart and lungs. Her own heart was healthy, but at the time surgeons liked to do the two organs "as a block," she said. Her heart went to another transplant patient, a man who went on to live for 17 years and have two children.

"It was sort of like being Frankenstein because I had so many tubes and stuff coming out of me," she said of waking up after the surgery. "But very shortly I was able to breathe and that was a big thing. My fingers were pink, my lips were pink and it was just a tremendous feeling. To go for all my young life not being able to breathe and suddenly to be able to get up and move around and walk – it was just unbelievable."

Asked how long she thought she was going to live at that moment, Ms. Kohse said people with cystic fibrosis, a genetic disorder that affects the lungs and other organs, live so close to death they try not to think about that.

"I tried never to look at dying. I mean, people with cystic fibrosis, it's always in the back of our mind because we have that short lifespan and we don't plan for the future. We don't plan ahead a lot of time because of that," she said.

"It's a huge event … it really spans almost the whole history of lung transplantation," he said. "People like Colleen Kohse were pioneers and at the very forefront of what was happening in clinical transplantation at the time. People like Colleen were explorers, going out, not sure whether they'd return. Like an astronaut, going to the moon and hopefully coming back."

Dr. Greg Grant, executive director of BC Transplant, the provincial agency that handles all transplants in B.C., said operations such as the one that saved Ms. Kohse's life couldn't take place without the donation of healthy organs.

"When we have to ask a family for permission to consider organ donation it's a really tough time," he said. "We see families reach out – and that's what I find incredibly exciting, that at the time of their worst disaster, people look forward, they look forward for something good to happen out of this event."

Ms. Kohse celebrated the anniversary by having cake with friends, family and medical staff at BC Transplant. 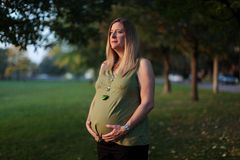 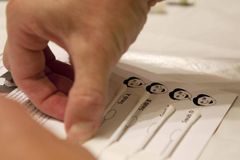