Vancouver is finalizing recommendations for its second major housing irritant – short-term rentals – which will likely restrict them to people renting out their own homes and with some kind of yearly cap on nights allowed.

The staff report on that topic, due out in less than two weeks, comes on the heels of Mayor Gregor Robertson's announcement last week that the city is putting the wheels in motion on an empty-home tax, as a way of making housing more available to be rented to locals.

The goal is the same for the coming regulations for short-term rentals, apartments and houses that are rented out through Airbnb, VRBO, HomeAway and other platforms, as Vancouver struggles with extreme housing shortages and rising rents.

"We really must protect long-term rental stock," said Councillor Geoff Meggs, who has been following the issue the most closely at council. "We don't want to lose any. My assumption is that [the city report] will have a band of regulations."

All indications are that Vancouver, as have several other cities, will aim to discourage operators who acquire or convert homes and run them like businesses strictly as short-term rentals.

Similar to the process with the empty-home tax, the short-term-rental recommendations will be put out to the public for response before being completed.

Studies using data from websites in other cities have indicated that, although the majority of listings on Airbnb are people renting out rooms during the year or their entire homes during vacations, the majority of revenue comes from a smaller but more active group of "commercial" hosts who manage units that are geared only to short-term rentals.

What's not yet clear is what Vancouver's enforcement process will be, what the fines will be and what exactly the yearly cap could be for rentals. Several other cities have restricted rentals to primary residences with caps from 90 days to 180 days, depending on what was most likely to discourage people from converting long-term rentals to short term given local rental costs.

The report is being fine-tuned as Airbnb, the best-known and biggest player in the short-term-rental market, has launched a major offensive in Vancouver to espouse the benefits of the platform.

The company's radio and television ads are swamping the airwaves, featuring owners talking about how their Airbnb income helps them pay their rent or mortgages in this expensive city while visitors claim they would never have stayed in Vancouver or had such a good experience in the city without Airbnb.

Representatives from the company, including the man who handles its global policy and public affairs, Chris Lehane, have been talking to city politicians and paid a visit to the Globe and Mail's editorial group Friday.

Mr. Lehane, who delayed a trip to China to swing through Vancouver last week, insisted that his company wants to work co-operatively with the city and share whatever data are needed to enable the city to enforce new regulations.

He acknowledged that Vancouver is one of about 15 cities in the world, among the 35,000 where Airbnb operates, that is feeling extreme pressure on its housing stock and so he understands why the city is taking it so seriously.

"And every city needs to do what's right for that city," said Mr. Lehane, whose company is suing three cities in California over disagreements about what it calls overly stringent demands in their short-term-rental regulations. "Vancouver has been a great market for us. [We're] looking to have a long-term good relationship"

The most recent information from the company is that it has 4,200 hosts in the city of Vancouver and 6,400 listings booked last year.

Mr. Lehane said the company has established working relationships with 200 cities, which have varied requirements.

In Chicago, it has a system where a listing will be removed from Airbnb if there are three complaints about violations of city bylaws.

In Philadelphia and San Jose, there's a two-tier system, where people renting their own homes are lightly regulated, but those running more commercial ventures using other properties have to follow bed-and-breakfast-type rules.

Mr. Meggs said the hardest part will be working out enforcement for all the platforms. He said Airbnb has been the only company that has bothered to send representatives to talk with the city. But, to be effective, the city will need to get information about rentals from all the platforms.

As housing costs have skyrocketed in Vancouver the past couple of years, the public and various advocates have targeted a couple of factors in the housing market as key negative forces.

One is the huge influx of unrestricted foreign capital in the market, something that the province acted in July to counter by creating an additional sales tax for foreign investors. The other is short-term rentals.

Both were the subject of angry slogans at a housing rally in Vancouver Saturday, attended by about 300 people, some of whom carried signs or umbrellas marked "Homes Not Hotels." 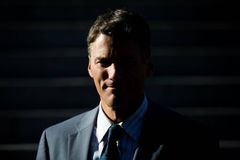 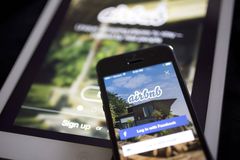 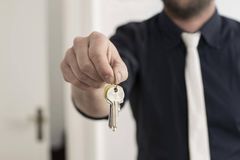