As homes in the Olympic village went on sale again last week, this time at substantially reduced prices, three early buyers who balked at completing their purchases are being sued.

The legal actions, filed on Feb. 14 in B.C. Supreme Court, claim that the three owners, two of whom paid deposits of about $50,000 and a third who paid $312,000, have forfeited that money because they didn't finish the deals.

Legal battles have erupted in a handful of developments around the Lower Mainland since the global recession hit in 2008. Prices sank far below what buyers initially committed to pay during the city's hot pre-sales period before June 2008.

At the village, the gap between pre-sale and completion was longer than usual because of the six-month period where the village was being used for the Olympic Games. But, worse than that, the village was subjected to a barrage of intense media coverage as its financing collapsed, its construction costs soared and its pioneering green-design elements were debated. As a result, it got far more negative scrutiny than any other development in the region.

In one of the lawsuits just filed, Port Coquitlam resident Cordelia Lins and her husband had put down $50,090 in May of 2008 for a unit they originally agreed to buy for $500,900. Problems with records make it difficult to determine the assessed value. Ms. Lin said she couldn't say anything about the lawsuit because she was "in negotiations."

The third buyer, who also put down his deposit in April 2008, has no phone listing at the Richmond address provided in the suit. Tian Qi had agreed to pay $516,000 for his unit in the Kayak building that is now being marketed. It was assessed at $504,000 by B.C. Assessment Authority last July.

A spokesperson for the receivers Ernst & Young, which took over management of the project last November after the private developer bowed to pressure from the city of Vancouver to go that route, said the lawsuits were started by the sales companies - the legal entities that deal with purchase agreements.

"When these actions were filed, the lawyers had either no contact with the purchasers, or could not get a position from the purchaser on what they were prepared to do to close the purchase," said a spokesperson for the receiver. "The sales contracts have therefore been terminated by the salescos, and in the case of the parcel 10 units, these are back available for sale."

It's not clear whether the lawsuits are intended to force the reluctant buyers to finish their purchase at the original price, kick-start them into a negotiation to buy at the new, lowered price, or simply retain the deposits, as the suits claim the sales companies can do now.

Besides the legal action against the buyers, the sales companies have also been busy settling previous lawsuits. Six other buyers had sued last year to get out of their purchases, claiming everything from deficiencies to views that weren't what had been.

All of those suits but one have been settled or discontinued in the past couple of months The last one is close to settlement, said the spokesperson. The buyers who filed them refused to give information on whether they got their full deposits back.

Condo marketer Bob Rennie acknowledged when he kicked off the new sales campaign last Thursday that, although prices for the 230 units he was offering for sale had been discounted by 30 per cent on average, he and the receivers did not want to have a fire sale because they worried about the impact on previous buyers' equity.

There were indications last summer that the staff of the sales companies were having to put substantial effort into getting buyers from both 2008, when the village's sales were first launched, and May 2010, the second launch, to complete their purchases.

It's unclear whether the sales companies lowered prices in some cases to get reluctant buyers to complete or simply held them to the original terms of the agreement, threatening legal action.

Those who did buy may have been comforted somewhat that assessments throughout the village rose substantially between 2009 and 2010.

However, an analysis of units whose purchases were completed in 2010 indicate that there are some significant disparities between the prices people paid and the assessed value of those units. Of 40 units listed as sold in 2010, nine of them are assessed at more than what the buyer paid. In one case, it was $33,000 more than the $493,000 the buyer paid.

Opinion
Vancouver's Olympic ghost town is on the brink of condo cool
February 24, 2011
Prices slashed up to 50% for Olympic village condos
February 17, 2011
Vancouver 2010: It was flawed, it was beautiful, it changed the country forever
February 11, 2011 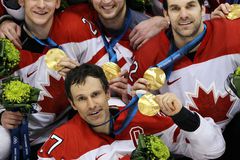 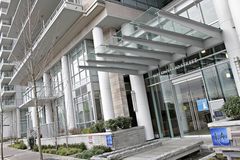 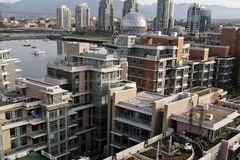