The battle over the future of the Vancouver Art Gallery is playing out as a war of words, with influential collector and condo marketer Bob Rennie countering a recent VAG-commissioned study which is dismissive of Mr. Rennie's alternative proposal for a new gallery home.

On Dec. 6, Mr. Rennie sent a proposal he wrote with consultant David Baxter to a number of key players, including the Premier, mayor and board members of the VAG. The VAG asked Lord Cultural Resources – which describes itself as the largest museum planning firm in the world – to comment on the document. On Dec. 12, Lord sent its response to VAG chair Bruce Wright and director Kathleen Bartels, dismissing the Rennie/Baxter proposal as impractical. Now, Mr. Rennie and Mr. Baxter have fired back, with a lengthy, at times snippy, response to the Lord report.

"What we got is mainly opinion, speculation and hypotheses," they wrote to Mr. Wright (others were cc'd). "The Response reads not as a thoughtful response to a plausible option, but rather that the assignment was to attack, not to inform about how our proposal compares and contrasts to the big box alternative."

Bursting at the seams in its current, inadequate location, the VAG is planning a new, purpose-built museum, estimated to cost $300-million, for city-owned land known as Larwill Park. The VAG has been working on this plan for years, and has overwhelming support from the visual art community.

Mr. Rennie and Mr. Baxter instead propose renovating the current location, building a new contemporary art gallery downtown, and four more smaller exhibition spaces around Vancouver – at a cost, they say, of $150-million.

The Lord report takes that proposal and pretty much tears it apart. "The multi-site concept … is in our judgment and experience impractical on a variety of levels," wrote consultants Barry Lord and Ted Silberberg. Among their arguments: Mr. Rennie has low-balled his renovation cost estimate at $425 per square foot – that the cost would in fact be closer to $600 per square foot; that the need for exhibition support and other spaces is "substantially under-calculated"; that multiple sites would mean higher costs for staffing, insurance and environmental controls. The Lord report argues a single site would draw substantially higher attendance than the combined attendance at six venues. That, the report concludes, would mean the VAG would require a substantially higher operating subsidy from the city for a multisite model.

Mr. Rennie and Mr. Baxter delivered a lengthy response on Wednesday, detailing many specific concerns with the Lord report's conclusions, including their belief that the consultants appeared unfamiliar with some City of Vancouver policies.

On capital costs, Mr. Rennie and Mr. Baxter say the numbers they included were there "merely as illustration," whereas details of the VAG's plan are unknown.

"We deeply hope that there is more in the way of evidence to support the big box alternative than is found in these notes from the Consultants," Mr. Rennie and Mr. Baxter urge Mr. Wright. "If there is not, you should in no way contemplate it."

Mr. Rennie and Mr. Baxter state that this letter marks the end of their role in the consideration of the VAG's future. "The intent of our commentary is to stimulate discussion … and to move this discussion out from boardrooms and consultants' offices into the public sphere."

That will happen on a much broader scale in the new year, with a Feb. 1 deadline at city hall for the Larwill Park issue. 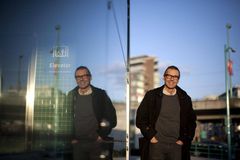 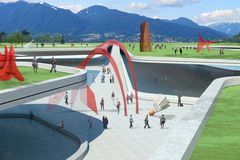 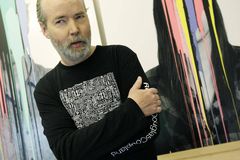