The head of an industry group pitching geothermal projects as an alternative to the proposed Site C dam says such projects could be up and running within a couple of years, and that the risk of failure or "dry holes" is low because heat sources have already been drilled and mapped by the oil and gas industry.

"It's been found – but you can't blame the oil industry for not making power out of it. That's not their business," Alison Thompson, chair of the Canadian Geothermal Energy Association, said in a recent interview.

A new report from CanGEA outlines geothermal resources that have the potential to provide the same amount of energy as Site C at a significantly lower cost, Ms. Thompson said.

Site C, which would become the third dam on the Peace River, is projected to provide 1,100 megawatts of capacity and has an estimated cost of $8-billion.

Both the federal and provincial governments have granted environmental approvals for the project, which requires provincial cabinet go ahead to proceed.

CanGEA's report focuses on resources identified in what are known as hot sedimentary aquifer, or HSA, settings, not the deeper, hotter volcanic zones that could require fracking to tap.

"We have mapped an entirely unconventional geothermal resource. Many other countries are using this and mapping it," Ms. Thompson said.

"This stuff is incredibly accessible – the wells have been drilled, we found the resource, it is low-cost because the exploration has been done."

The CanGEA report, released earlier this month, is an attempt to fill gaps highlighted by a federal-provincial joint review panel on Site C.

In its final report, released in May, the joint review panel found a lack of research over the past 30 years had left BC Hydro without information about geothermal resources "the utility thinks may offer up to 700 megawatts of firm, economic power with low environmental costs."

CanGEA believes there is potential for more and wants the province to delay its decision on Site C for a year to assess geothermal alternatives.

In its report, CanGEA says the "most conservative" estimate of geothermal power from HSAs in B.C. is 5,700 megawatts and that a portfolio of "favourable" projects could be built for $3.3-billion.

In response, provincial Energy Minister Bill Bennett said geothermal projects would likely have a role in the province's energy future but could not meet current energy needs.

To date, geothermal has failed to make inroads in Canada in part because deeper resources can be tough to find and tap.

In B.C., companies spent millions at Meager Creek, near Pemberton, earlier this decade without developing a commercial resource.

"We had a lot of bad luck at Meager [Creek] – that was the old style of geothermal and we lost a generation while 25 other countries have it online right now," Ms. Thompson said.

Clean Energy BC has also proposed alternatives to Site C and in October released a consultant's report that claimed the province could save up to $1-billion over 70 years by investing in a number of clean energy projects – including wind, run-of-river hydro and biogas facilities – throughout the province instead of Site C.

The province is expected to make a decision on Site C before the end of the year. 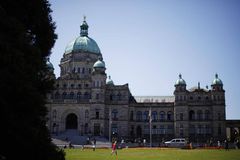 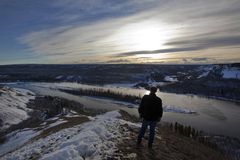 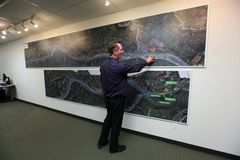 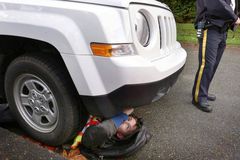