Of all the theories heard so far by the Cohen Commission, the most intriguing involves new research by a molecular scientist who is pointing to the possibility of an epidemic of salmon leukemia.

Kristi Miller hasn't been called to testify on her research yet, but her work is already causing a buzz at the inquiry, in part because it seems an effort has been made to keep it under wraps.

Dr. Miller has not been available for media interviews, even though she recently published a paper in the prestigious journal Science. Usually, Fisheries and Oceans Canada promotes interviews when one of their researchers gains an international profile for groundbreaking work. But when Dr. Miller's paper came out earlier this year, all requests for interviews were denied.

She will be called before the Cohen Commission, probably toward the end of the summer, when the hearings begin digging into the possible role of disease in the decline of sockeye salmon in the Fraser River.

Brian Wallace, senior counsel for the commission, will likely probe the full extent of her research at that time, but if he doesn't, Gregory McDade, a lawyer appearing at the hearings for a coalition of conservation groups, certainly will.

When Laura Richards, Pacific regional director of science for DFO, testified last week, he asked her about a series of e-mails that suggested Dr. Miller was being muzzled.

In a Nov. 2009 e-mail to Mark Saunders, manager of salmon and freshwater ecosystems division, Dr. Miller said she was being kept away from a science forum.

"Laura [Richards]does not want me to attend any of the sockeye salmon workshops that are not run by DFO for fear that we will not be able to control the way the disease issue could be construed in the press. I worry that this approach of saying nothing will backfire," she wrote. "Laura also clearly does not want to indicate … that the disease research is of strategic importance."

Dr. Richards testified that Dr. Miller had somehow misinterpreted things, and that there was no intent to silence her.

Dr. Hinch is principal investigator at the University of British Columbia's Pacific salmon ecology and conservation lab, is the architect of some remarkable research into why so many sockeye die in the Fraser River before spawning, and is a co-author with Dr. Miller on the Science article.

Dr. Hinch testified that some years more than 70 per cent of the sockeye die in the river, en route to the spawning grounds.

"And that would make this problem the single greatest problem in terms of loss of salmon of any that you're aware of," said Mr. McDade.

"So we could be looking at losses of over three million fish in some years?" asked Mr. McDade.

Mr. McDade then quoted the Science article, which hypothesizes the mass mortality of salmon in the Fraser "is in response to a virus" that infects fish before river entry.

"You agree with that statement?" he asked.

"So this purported virus, if it in fact exists, goes a very substantial way towards … explaining the whole of the en-route loss?" he was asked.

"It could. And that's why it got published in the journal Science," replied Dr. Hinch.

"So the Miller paper has hypothesized a purported virus but hasn't named it. … But in your discussions, you've talked about salmon leukemia as a possible name for that?" said Mr. McDade.

"And have you heard that referred to by fish farmers as fish AIDS?"

" But as a form of immune suppression?" asked Mr. McDade.

Dr. Miller won't testify for months yet and she remains banned from giving any media interviews. But her research, which could explain why up to three million salmon a year are dying in the Fraser, is already reverberating at the Cohen Commission. 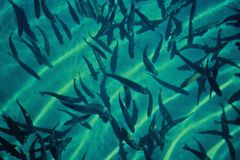 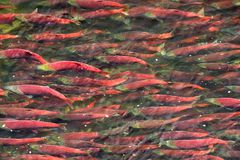 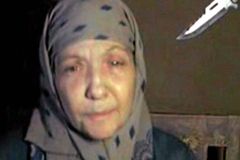