A team of researchers that spent months digging up data, hounding scientists and chasing leads to assess the state of Canadian fish stocks say old, incomplete or inaccessible federal research means the health of nearly half of the country's commercial fish stocks remains a mystery.

Oceana Canada, a non-profit advocacy group whose work focuses on ocean health, released a report last week that it claims is "the most comprehensive public study ever conducted" on the state of Canada's fish stocks.

But the report's authors say they faced barriers accessing federal data that could allow them to properly determine whether commercial fish stocks are healthy.

"This is publicly funded government science and the government is holding it very close, guarding it tightly and not making it accessible to scientists or the public," said Julia Baum of the University of Victoria, one of the report's lead authors

"It matters because we can't manage our ocean resources well if we have no idea what state they are in," Dr. Baum said. "We basically manage our fisheries like the Wild West: We fish a group of stock really hard and often quite recklessly until they collapse, and then we move on to the next one and do the same thing."

Dr. Baum said her team identified 165 commercial fishing stocks in the country, and was able to track down assessments for 125 of them. Of those, almost half did not include enough information to determine the status of the stock.

That means the group could only conclude that 24 per cent of Canada's fish stocks are healthy – a figure that is likely low due to the lack of data.

An Environment Canada report released this year says 48 per cent of the country's stocks are healthy, according to assessments from 2014.

Susanna Fuller, who co-wrote the Oceana report, says the answer starts with publicly available data in a centralized place.

"We don't even know what fish stocks they used in that analysis," said Dr. Fuller, who suspects the real picture is somewhere between Oceana's 24 per cent and the figure used by the federal government.

"The fact that we had to do this work and that it's not being done by DFO and made publicly available on a regular basis as part of their accountability to managing fish stocks is problematic," Dr. Fuller said. "It kind of blows my mind that Environment Canada is reporting on the status of our fish stocks when we have an entire department that their mandate is to manage our fish stocks."

She says dealing with Canada's fisheries department requires "kind of like being a detective."

"We take the recommendations of the Oceana report seriously," Melanie Mellon, a spokesperson for the Fisheries Department wrote in an e-mail. She says the department is committed to transparency and is making an effort to make sure fish stocks are protected and recovered.

Ms. Mellon says the government is already working on some of the suggestions made by Oceana – that information on fishery stocks will be online by the end of this year and that the department is working to be more transparent about its decision-making process.

The report points out that transparency has been a problem with Canada's Fisheries Department for a long time, one that got worse when the country's previous Conservative government made cuts to science and enforced a policy that made it tough for scientists to talk about their findings.

The Oceana research began last summer, when the Conservatives were still in office. Conservative fisheries critic Mark Strahl, did not respond to a request for comment.

Josh Laughren, Oceana's executive director, says that even though the report focuses on fish, its scope is really much bigger than that.

"We see fisheries as a really critical way to solving a number of the world's problems," he said. "Managing our fisheries well is not just an environmental and biodiversity issue, it is also a climate-change issue, it's a freshwater issue and it's a food-security issue."

Mr. Laughren thinks there are reasons to be optimistic that things could soon change: Ottawa's move to hire 135 scientists, to invest almost $200-million in ocean science and a recent commitment to review Canada's Fisheries Act.

"This is a moment where we can really invest in the rebuilding of Canadian fisheries," said Mr. Laughren. "I think it's fair to say, one that has not existed in decades." 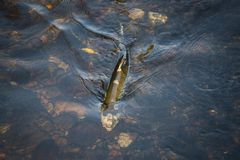 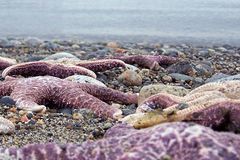 Ten per cent of world could face malnutrition as fish stocks tumble
June 15, 2016 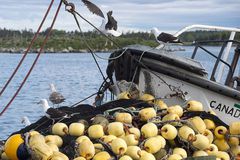