Uncertainty over how a regional transit tax might be applied if it's approved in a Lower Mainland plebiscite this spring has left some major business groups wary about whether to support it in the coming campaign.

The Retail Council of Canada will be opposing the 0.5-per-cent sales tax if the province doesn't ensure that any new transit sales tax is meshed with the existing B.C. PST.

"We really do favour the transit infrastructure, but it would make us land on the No side if there is a separate sales tax," said Greg Wilson, a spokesman for the retail council.

Mr. Wilson said reprogramming computerized operations for large companies that operate both inside and outside Metro Vancouver could cost a company as much as $50,000 if a new transit tax didn't apply to the same items as the PST and if it became the third tax – after the GST – to be added to every sales bill.

For smaller store owners, the price tag would be nowhere near that much, but there would still be a cost to buying the software to add a third item, as well as potentially having to program in different taxes for different products in a 10,000-item store.

The retail council's ultimatum is just part of the pressure that Lower Mainland mayors and the province are feeling as they scramble to work out the details of a proposed 0.5-per-cent sales tax to fund transit. The current provincial sales tax is 7 per cent.

As Premier Christy Clark promised during her election campaign, the province is holding a plebiscite for Lower Mainland voters March 19 to May 29 to ask if they approve of the new sales tax to pay for part of a $7.5-billion package of transportation improvements.

That package includes a subway in Vancouver along Broadway to Arbutus, two light-rail lines in Surrey, one of them going to Langley Centre, a new Patullo Bridge, 11 new rapid-bus lines, a third Seabus, and other improvements.

But the mayors only decided in December that a sales tax was their preferred option for how to fund the package, seeing it as the most politically feasible choice.

As a result of that short timeline, no one is clear on how exactly the tax might work.

Hotels, bars and restaurants don't know yet whether the sales tax would apply to liquor sales.

There is no provincial sales tax on food, but there is a 10-per-cent provincial tax and the federal 5-per-cent goods-and-services tax on liquor.

"We're not enamoured of a 15.5-per-cent tax on alcohol," said Ian Tostenson, the president of the B.C. Restaurant and Foodservices Association.

But Mr. Tostenson said he really has no idea if alcohol will be included.

"There is so much uncertainty, we're lukewarm [about the plebiscite] at this point," he said.

Automobile dealers, especially those close to the borders of the TransLink region, are worried about having the regional sales tax on cars.

Mayors are hoping that the province will come up with the same rule for cars as applies provincially – an owner pays the sales tax that prevails at the address where the owner lives.

Metro Vancouver chair Greg Moore said the mayors also would rather see the transit tax combined with the provincial sales tax to make it easier for businesses.

Staff for the TransLink mayors' council have analyzed the impacts of a separate sales tax and one rolled into the provincial tax and concluded that it's simpler to collect and remit the tax using existing systems.

So far, Transportation Minister Todd Stone and finance ministry representatives have said only that clarification is coming.

"There are a number of very legitimate questions related to how the tax will be implemented and collected at the point of sale," said Mr. Stone.

"We are working very hard with the ministry of finance and the ministry for small business to put a fence around those issues as well and we'll have those details out very shortly." 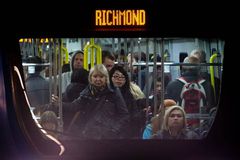