Mayor Gregor Robertson could end up presiding over a city council where his party has a bare majority, with the Green Party and Non-Partisan Association splitting the opposition, according to a recent poll.

The poll, done by Justason Market Intelligence in mid-October, indicated that Green Party Councillor Adriane Carr was the most strongly supported council candidate by far, almost 20 percentage-points ahead of the next most popular choice.

"She seems to appeal to people from all parties. She gets support from NPA voters, from Vision voters, from COPE voters," said Barb Justason, who has been the most regular temperature-taker of Vancouver civic politics for the past four years.

The poll presented the 327 people surveyed with a ballot-like list of names to choose from. The results showed new Green Party candidate Pete Fry coming in as the possible ninth choice, ahead of Vision incumbent Geoff Meggs.

Ms. Justason said many Vision voters may think of Ms. Carr and the Green Party as complementary to Vision, rather than an opposition.

It's the first time a local pollster has used a ballot-type poll to try to understand the complexities of Vancouver council voting, where people have 10 choices for councillors in the "at large" system. The ballot replica is something Vision Vancouver uses for its internal polling, which allowed the party to predict by mid-afternoon in the 2011 election that all of its candidates would be elected.

In Ms. Justason's poll, the majority of Vision councillors got strong support, even though recent issue-related polls and community all-candidate debates have illustrated noticeable public dissatisfaction with the Vision council's record on development issues, public engagement and homelessness.

Six Vision council candidates of the eight on the party's slate came in among the top 10, as did the two current NPA councillors, George Affleck and Elizabeth Ball, from the eight-member NPA slate.

In the mayoral battle, the poll indicated that Mr. Robertson and main challenger Kirk LaPointe were holding steady with their support. With about 15 per cent of responders undecided, Mr. Robertson received 46-per-cent support and Mr. LaPointe 32 per cent. The mayoral portion of the poll had a margin of error plus/minus 5.4-per-cent.

Only 264 people of the 327 surveyed chose council candidates, however, which increased the poll's margin of error to 6 per cent. That means council choices seven through 16 on the poll were within that margin. But the poll shows most Vision council candidates solidly ahead of most NPA candidates by a significant margin..

Ms. Justason said the results indicate some desire for change, but not a huge move to upend council. That matches a recent Insights West poll, which showed that about a third of Vancouver voters who responded want big change on council, but two-thirds want only "some" change or no change.

That may be because none of the other options available seemed compelling enough, as opposed to any tremendous loyalty from voters toward Vision, Ms. Justason said.

"In voters' shoes, what is the alternative?," she asked. "The top area of concerns are affordable housing and homelessness. To say 'we need a genuine conversation' on this [as the NPA's Mr. LaPointe has been saying] when it's people's top concern – it's not an answer."

Candidates from new organizations, such as the Cedar Party and OneCity, didn't register in the top 20.

For mayor, COPE candidate Meena Wong, received 16 per cent. Ms. Justason said that, rather than COPE taking away support from Vision, it appears that Ms. Wong is "perhaps activating some voters."

Ms. Justason's polls leading up to the 2011 election showed a 68-32 split in October in favour of Mr. Robertson, which shrank to 60-40 in her mid-November poll. The election results showed a 57-43 split.

Here are the results of a poll conducted by Justason Market Intelligence earlier this month. The poll presented the 327 people surveyed with a ballot-like list of names of candidates for Vancouver City Council. The top 10 candidates on election night will make up council. The margin of error in the poll is plus or minus 6 per cent. 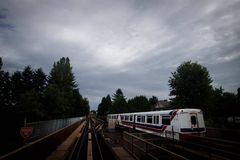 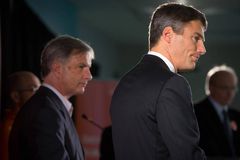 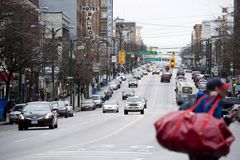 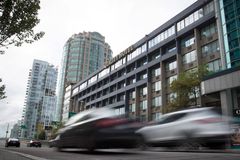