Canada's new Defence Minister, Harjit Sajjan, and Jody Wilson-Raybould, the Minister of Justice and Attorney-General, were elected to the House of Commons for the first time in last month's federal election. Also appointed to cabinet from B.C. is Carla Qualtrough, a lawyer and former Paralympic swimmer who was named Minister of Sport and Persons with Disabilities.

Mr. Sajjan, who served three tours of duty in Afghanistan, will be responsible for guiding Canada's exit from international bombing raids in Syria, an important Liberal campaign promise.

Ms. Wilson-Raybould, a former Crown prosecutor and regional chief of the B.C. Assembly of First Nations, will have responsibility for guiding the government's pledge to legalize marijuana and for amending controversial anti-terrorism legislation.

Ms. Wilson-Raybould and Mr. Sajjan will be members of the key cabinet committee on agenda and results, chaired by Mr. Trudeau. It will be charged with setting the government's agenda and tracking progress on priorities. But Ms. Wilson-Raybould is also on five other committees, with vice-chair roles on two. Mr. Sajjan is on two, including the cabinet committee on intelligence and emergency management chaired by the Prime Minister. Ms. Qualtrough is on one committee.

"The Kremlinology of cabinet is cabinet committees [matter] more than the cabinet postings," said political scientist Gerald Baier of the University of British Columbia. "If you're on the top three committees, that suggests a proximity to decision-making. That speaks well for heft."

Mike McDonald, a former chief of staff to B.C. Premier Christy Clark who has written on the history of federal cabinet representation from B.C., said it's striking that all three cabinet ministers are rookies.

"It will be a huge learning curve for these ministers because they have never gone on to the floor of the House of Commons before; they have no parliamentary experience. But clearly [Mr.Trudeau] sees something in them that he likes."

In an interview, Ms. Wilson-Raybould said there will be no lead minister for British Columbia. Instead, the ministers will work as a team and also rely on input from the other members of the B.C. caucus.

The cabinet appointments were largely welcomed in the province, despite some concerns.

Dianne Watts, the former mayor of Surrey who is now Conservative MP for South Surrey-White Rock, said it is "disappointing" that a cabinet minister was not appointed from Surrey, the fastest-growing city in B.C. that is gaining about 1,000 residents per month. "I'm talking about a major city here," Ms. Watts said.

Ms. Qualtrough is from Delta, which is in the Surrey region, but it is not a part of the city southeast of Vancouver.

Surrey Mayor Linda Hepner was unavailable for comment on the issue on Wednesday because she is travelling in Asia with Premier Christy Clark.

Ms. Wilson-Raybould said the government will rely on its Surrey caucus to represent the area "in a substantive way," starting with a caucus meeting on Thursday.

Iain Black, the president of the Vancouver Board of Trade, said the province has ministers with two important files. "I think it's flattering for B.C. when you get any senior ministry representation," he said. "It's not so much flattery as indicative of the importance of Western Canada in the 21st century."

However, he added, the board is "cautious if not concerned" about the absence of senior economic ministers from B.C. and Western Canada.

Ms. Clark welcomed the appointments of the three B.C. ministers, and set out an agenda of issues requiring federal attention. They include renewing the softwood lumber agreement with the United States, liquid natural gas development, increasing support for international trade and infrastructure investment.

Ms. Wilson-Raybould said she is intent on moving on a promised inquiry into murdered and missing aboriginal women but noted that there is no timeline yet.

"This is something that needs to take on an immediacy. It needs to be done right," she said, calling for a "respectful" process that will generate something "substantive" for affected families.

"A meaningful exercise is something that, in my mind, is created in partnership with indigenous communities, the families of the murdered and missing indigenous women and girls." 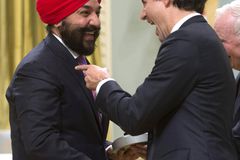 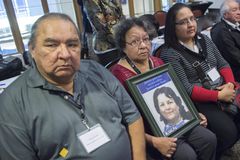 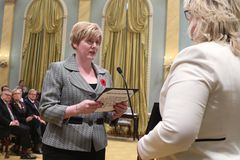 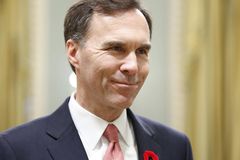 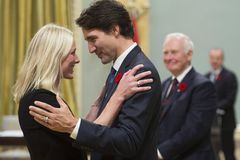 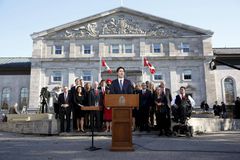