Carlos Hoffmann crouches next to the solar generator that powers his motorhome, tinkering until it sputters to a steady roar. Even on Vancouver's typically overcast days, he can retain power for about a week if he keeps energy use limited to small overhead lights and the laptop he uses for his job in website maintenance.

Mr. Hoffmann has parked his RV on a quiet industrial street in East Vancouver behind a hardware store and near a bottle depot since last spring, when he decided to give up his tiny apartment in Vancouver's West End. He dropped $7,000 on an RV and installed solar panels.

"I was paying $1,000 a month for a 400-square-foot studio before and I just thought, 'I don't want to pay this much rent any more,'" Mr. Hoffmann said in an interview in his home. Extension cords snake from a surge protector to his various appliances, including a 50-inch television and two large speakers.

One day this week, he counted a dozen neighbours along the street, sleeping in cars, campers and motorhomes; tens of others live in their vehicles on nearby streets. Mr. Hoffmann also owns a second RV, parked across the street from where he lives, that he rents out for $300 a month to a couple that used to live in the bush.

That people sleep in their cars is not new. But in Vancouver, where a one-bedroom apartment can rent for more than $2,000 a month, the number of people doing so – and the duration for which they're doing it – has grown significantly in recently years, said Taryn Scollard, the city's director of streets. Some have pointed to the phenomenon as further proof of the city's housing and affordability failures. Business owners complain of trash piles and reduced visibility from the larger vehicles, which have resulted in at least two pedestrian accidents in recent months.

On one day in late January, the city issued 16 tickets for violating the three-hour parking limit just in the area where Mr. Hoffmann lives. (The bylaw prohibits parking in front of a house or business you don't either live in or work at for more than three hours during the day.)

"It's sort of cycled up and down through the years, but they seem to be getting more numbers [recently]," Ms. Scollard said, describing the issue as challenging.

"We're looking to see what other jurisdictions are doing to manage it, because we recognize the needs of everybody involved, whether it be the people living in the RVs … or everyone else in the area that also needs to utilize the space."

Like Mr. Hoffmann, Kevin Royes pared down to the essentials after separating from his wife a year and a half ago. The entrepreneur – who appeared on Dragons' Den in 2011 with his idea of an all-in-one handyman's tool, which is now sold as the Kelvin.23 – said he moved out of the home the two shared and into an RV that is parked just down the street from Mr. Hoffmann. He says the lifestyle change has given him a new lease on life.

"I think a lot of us are realizing we don't need a 60-inch TV," Mr. Royes said. "My iPhone is everything: I watch Netflix off this, I shoot video on this, I edit, I make music. I also found that the more money I made, the more I spent. I'm honestly happier and healthier now."

Others sleep in their vehicles not by choice, but necessity. When Kevin Bone was priced out of his rental home in Quebec, he packed up everything he owned into an old hatchback that he now lives in with his two dogs on the same street as Mr. Hoffman and Mr. Royes. His days are spent sorting through recyclables and selling scrap metal, and his worldly possessions – spare tires, tools, cooking utensils – sit on a wooden platform affixed to the car's roof.

Mr. Bone acknowledges that his home is unsightly.

Another man, who gave only his first name, Elijah, said he scraped together $200 for a tiny camper after city crews kept destroying the tents he slept in.

"Any time I set up a tent, it's gone within a day," he said, visibly frustrated. "It's in the garbage, along with everything I own. They're going to come and take this from me, too. They always do."

Sara Samieian, general manager of Moe's Home Collection, a furniture store that faces the RV-lined industrial street, said she has contacted the city, police and written to the mayor's office about the issue several times over the past year, with no result.

"Our biggest issue is that it's causing visibility issues," Ms. Samieian said. "When you want to cross the street, the RVs are so large that you need to inch forward, or step forward and peek, to make sure that cars aren't speeding down the street. I've had two members hit by cars and [taken] to hospital because of this and there have been multiple car accidents."

The 2017 Metro Vancouver homeless count identified at least 58 people who live in their vehicles, although the true figure is believed to be much higher.

The City of Vancouver says its only tools of enforcement are parking tickets, either for oversized vehicles or violations of the three-hour parking rule. Some campers view the occasional $60 to $100 fines as just a cost of living the lifestyle they have chosen.

The city has also had informal discussions with other coastal cities where the issue exists. Seattle, for example, experimented with "safe lots" for long-term parking, but huge cost overruns largely shuttered the program. Los Angeles last year introduced regulations prohibiting people from parking "for habitation purposes" on residential streets or within 500 yards of schools, daycare centres and parks.

"When you talk to people about this, people automatically say, 'You should provide a designated space for them to park,'" said Ms. Scollard, the director of streets.

"The challenge with going in that direction is then we become a formal or informal campground. … Then if it becomes full, what do you do? If people can't get into that space, do you end up ticketing them? It's this complex, seemingly never-ending loop that we find ourselves trapped in." 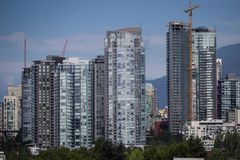 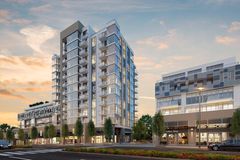