A new significant SkyTrain shutdown affecting thousands of passengers during rush-hour on Monday morning has some people nervous about the delicate job of persuading Lower Mainland voters to support a sales-tax hike to pay for new transit, especially after other shutdowns in the past year.

On Monday, an electrical problem SkyTrain linked to track replacement cut off service at 5:35 a.m. between Stadium and Waterfront stations, forcing the use of buses even though TransLink, the regional transit authority, said they could not match train capacity.

Before service resumed at 8:13 a.m., TransLink suggested passengers might find it faster to walk the kilometre between Stadium and Granville Stations.

"It reinforces the meme: 'The system is failing. TransLink is incompetent. Don't give them any more money.' Fill in the blank," said Gord Price, director of the city program at Simon Fraser University, who sees tough times ahead if the plebiscite vote goes against transit expansion.

"It's a dangerous thing to happen prior to the referendum," he said. "It reinforces the 'No' side storyline."

Between March 16 and May 29, Lower Mainland residents will be asked in a mail-in vote to endorse a new half-per-cent sales tax called the Metro Vancouver Congestion Improvement Tax.

The tax would generate revenues to help pay for $7.5-billion in new transportation projects that include a Broadway subway in Vancouver and light rail in Surrey.

Opponents of the tax seized on Monday's SkyTrain challenges to bolster their criticisms of the status quo, which they say includes TransLink's management practices.

"System shutdowns reinforce the fact that TransLink executives have been busy spending money on shiny new objects and ignoring the maintenance of the system they already have," Jordan Bateman, B.C. director of the Canadian Taxpayers Federation, said in an e-mail.

"Maintenance isn't sexy, but it should be priority No. 1. The TransLink mayors plan would pour billions into all sorts of new projects, again at the expense of the current system."

Richard Walton, mayor of the district of North Vancouver and chair of the Mayors Council on Regional Transportation, acknowledged the timing of the shutdown was bad because of an ongoing "heightened scrutiny" of issues related to the operation of transit.

He said he expected the No side would use such glitches to bolster their argument against putting more money into existing transit. However, Mr. Walton said such technical issues need to be placed in context with other light-rail transit systems, which the Yes side promised to do in its campaign, details of which will be announced in the next few weeks.

Although Mr. Walton has had a prominent role speaking about transit, his part in the campaign is unclear. He noted that the mayors' council is holding elections on Friday for a chair and vice-chair and, although he is seeking re-election, he said it is not clear whether he will win.

Iain Black, president and CEO of the Vancouver Board of Trade, noted that the referendum is about facilitating new "big picture" transit pieces that have little to do with the current challenges facing TransLink.

"Looking forward, it would be a very big mistake to view the upcoming referendum as some sort of a plebiscite on TransLink. It is much bigger than that. It is more expansive than that in terms of its implications for growing our community and the million new people coming at us." 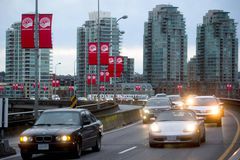