Sam Sullivan's last stint at politics may have ended badly, but he's ready to give it another chance.

Back in 2008, members of his Non-Partisan Association ousted the sitting mayor as their nominee in the looming election. At the time, Mr. Sullivan had been mayor for about three years. Peter Ladner, Mr. Sullivan's replacement, was beaten by Gregor Robertson, the current mayor.

Yet on Thursday, Mr. Sullivan confirmed he is getting back into politics by seeking the B.C. Liberal nomination in Vancouver-False Creek in a bid to succeed departing MLA Mary McNeil.

"No one is more surprised by this turn of events than me," Mr. Sullivan said in an interview. "My experience at the end of my [mayoral] term was not a pleasant one at all. It was difficult. I thought I had done a good job."

Since then, Mr. Sullivan said he has happily been involved in various pursuits, including work as an adjunct professor with the University of British Columbia, the presidency of the Global Civic Policy Society, and hosting salons at the Vancouver Playhouse, which bring together an interesting collection of speakers.

However, Mr. Sullivan said he has come to an important realization that has prompted him to seek the nomination, which he will officially announce Friday.

"You can do more if you have a place at the table," he said. "A lot of people have made the case that this is an important calling I should take seriously."

He would not say whether those advocates include Premier Christy Clark, who challenged Mr. Sullivan for the NPA mayoral nomination after she left provincial politics. The former mayor said he preferred not to talk about private political discussions.

He said Ms. Clark was involved in his mayoral campaign – "a classy move. She made some really important efforts to help me. I was so impressed."

Now he's running for the Liberal nomination in Vancouver-False Creek, which is where he lives. He plans to tout his accomplishments as a councillor and mayor as tangible examples of the kind of contributions he could make in future.

Mr. Sullivan, a quadriplegic who has been a forceful advocate for the disabled, says he relishes the prospect of engaging voters.

"You might lose. You have to have a very thick skin. If you go through the process and end up with citizens who are engaged and have a sense of ownership of the community, it's a positive experience."

No nomination meeting has been set, but Mr. Sullivan may face a tough competitor when it comes.

Lorne Mayencourt, the former Vancouver-Burrard MLA, said Thursday he is "absolutely" interested in seeking the nomination too.

However, he said he will require a few more weeks of talking to riding association members to decide whether to actually run.

"Sam is certainly a good candidate. I hold him in high regard," said Mr. Mayencourt, now working as director of caucus outreach for the B.C. Liberals.

Asked why he might also seek to return to elected politics, Mr. Mayencourt noted, "I enjoy it and have been told I am good at it."

Polls suggest a tough fight for whoever wins the nomination as the Liberals lag far behind the opposition New Democrats ahead of the May election.

The NDP has a nomination meeting on Nov. 17. The two candidates are Constance Barnes, a Vancouver park board commissioner, and digital-media businessman Matt Toner.

Mr. Sullivan says he doesn't worry about polls. "I actually like starting from behind," he said. "I believe the Liberals have a lot of opportunity for upward movement

"I don't believe the chatter that's so negative."

Vancouver-False Creek, created in 2008, covers False Creek and most of downtown Vancouver. The Liberals won the riding in 2009 with 56 per cent of the vote, compared with 28 per cent for the NDP. 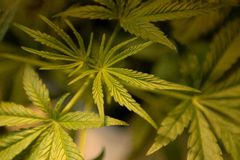 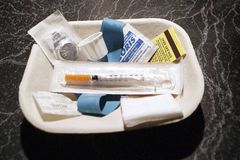 Sweeping up the NPA
January 16, 2009
Follow Ian Bailey on Twitter @ianabailey
Report an error Editorial code of conduct
Due to technical reasons, we have temporarily removed commenting from our articles. We hope to have this fixed soon. Thank you for your patience. If you are looking to give feedback on our new site, please send it along to feedback@globeandmail.com. If you want to write a letter to the editor, please forward to letters@globeandmail.com.
Comments