For the past few months, youth and elders from B.C.'s Seabird Island Band have been going for weekly walks in the woods.

The seemingly simple excursions provide an opportunity for older members of the community to pass on knowledge of plants, landmarks and legends to a younger generation. And the walks have another, deeper purpose: reconnecting youth to their heritage and making them less vulnerable to depression and suicide.

The walks are part of a federally funded research project involving Fraser Health, the University of the Fraser Valley, Sto:lo Nation and Seabird Island. The treks are also a reminder that the suicide crisis gripping Ontario's Attawapiskat First Nation is not unique. Across the country, including in British Columbia, First Nations communities have grappled with waves of young people taking their own lives.

"We came up with this project to try to bring our youth back to the land – to find their identity," Mr. Williams said on Wednesday, adding that there have been a number of suicides in the Seabird Island community in recent years.

"If we bring the youth back, maybe it could help the next generation," he said.

The suicides in Seabird Island, a First Nations community in B.C.'s Fraser Valley, are part of a grim statistical trend known for years and most recently underscored by events in Attawapiskat.

The Northern Ontario community declared a state of emergency this past Saturday after a string of suicide attempts and a reported pact involving about a dozen youth.

The crisis resulted in an emergency debate in the House of Commons and teams of mental-health workers being flown to the community. But the issue wasn't new. In 1995, a Royal Commission Report on Suicide Among Aboriginal People estimated suicide rates for aboriginal people for all age groups were about three times higher than for the non-aboriginal population.

That report cited contributing factors including poverty, low levels of education, limited employment opportunities and inadequate housing, all of which have been flagged as potential contributors to the current crisis in Attawapiskat, which is home to about 2,000 people.

The problem is most acute for youth. The suicide rates for First Nations youth are five to seven times higher than for non-aboriginal youth, Health Canada says; suicide rates for Inuit youth are among the highest in the world, at 11 times the national average.

Those numbers reflect the reality of communities such as Vancouver Island's Cowichan Tribes, which declared a state of emergency in 2012 after a string of four suicides over a two-month period.

In the years since, the number of suicides and attempts has decreased, but more work still needs to be done, Cowichan Tribes Chief William Seymour said.

"We needed resources, for sure," Mr. Seymour said. "We needed to have community counsellors so our people had somewhere to go when they had those suicidal thoughts."

Community resources are especially important when help that may have become available as a result of a crisis is no longer around, Mr. Seymour said.

"When I saw that all those counsellors were going up there [to Attawapiskat], my first reaction was, 'I hope it's not a short-term fix,'" he said.

"If they're only in there for a short time and then they go back home to where they're coming from, you're still leaving that community vulnerable."

Those steps include regional directors and "mental wellness advisers" who can act quickly in a crisis, whether that is a suicide or another traumatic event.

The FNHA is also working on programs to monitor mental health among young people and head off suicidal "ideation" – for example, a group of young people starts talking about or posting information about killing themselves.

"We try to respond before the event," Mr. Jock said.

Mr. Williams hopes the program at Seabird Island, funded by the Canadian Institutes of Health Research as part of a program to address health inequities for aboriginal people, could be adopted elsewhere.

"If it works here, we are hoping it could work in other communities," he said. 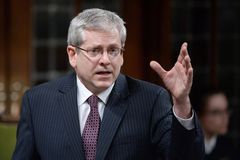 Isolation, despair and Attawapiskat
May 16, 2018 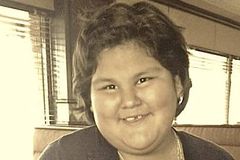