I didn't really need another reason never to attend a Vancouver Canucks hockey game, but this week the NHL and the team offered one up anyway. The team has announced that, beginning this season, airport-style security screening is coming to Rogers Arena.

Yes, on your way into the arena, you lucky Canucks ticket holders will now have to empty your pockets of certain metal objects, raise your hands over your heads and pass through metal detectors in the name of safety and security.

To be fair, calling it airport-style security may be overstating it. According to Canucks TV, you will be able to pass through the metal detectors with coins in your pocket, but will need to hold keys and electronics over your head, in a sort of "just going to a hockey game, don't shoot" pose.

You will also be able to enter without having to remove your belt, shoes, wallet or watch, which, as far as I can tell, is a totally free ride for the shoe bombers and those intent on hanging themselves with their belts when the Canucks blow a three-goal lead midway through the third period.

There are, no doubt, many hockey fans who will shrug and think: "Oh well, that's just the way things are now."

In fact, that was pretty much the explanation offered by Jeff Stipec the day after the announcement was made. Mr. Stipec, who, according to his bio, is responsible for overseeing the development and delivery of unique food and beverage experiences throughout Rogers Arena, told the CBC this week that nothing specific prompted the change, but that "metal detectors is a decision the NHL has made for all teams in North America and as a partner of the NHL is something that we're participating in."

Mr. Stipec added that the change meant keeping in line with the way things are done at arenas in the United States.

Watching the cheerful Vancouver Canucks video produced by the team's media wing, none of the pretend fans seemed to mind the enhanced security. In fact, it looked kind of fun.

Now, this is the part where I'm supposed to say something like, "I have nothing against hockey or Canucks fans." But the truth is I do. Okay, maybe not against the actual people who worship the team. Gosh, I don't even know them. But in all honesty I just do not understand the appeal. I was born without the gene or instinct that compels people to choose a tribe based on the colour of jersey and the fact that a sporting team carries the name of the city in which I live. It's made life hard.

I work around the corner from the arena and I am often heading home as the crowds arrive for the game. Entire families emerging from their $20 parking spaces wearing $170 official team jerseys, not to mention the caps, foam No. 1 fingers, white towels and the rest of it.

I can only imagine what they paid for tickets.

Oh, which is another change the team is introducing this year. Taking their cue from scalpers, the Canucks have decided to price tickets based on the anticipated demand.

They call it "dynamic pricing" and, according to the team's website: "Fans will now see single-game ticket prices rise or fall on a regular basis in real-time based on factors such as opposing team, rivalries, standings, star players, day of the week and supply and demand."

This, the team says, "will give fans more options to choose from."

Also, it's what other sports teams are doing.

I will admit, I have once gone to a Canucks game. It was a mind-numbingly boring mid-season matchup against Calgary – a game punctuated only by the on-ice fights (which brought the bloodthirsty, cheering fans to their feet) and the breaks during which young women scraped the ice with shovels.

I paid a reseller about $280 for a pair of not very good seats. It depresses me now to think that this could have bought roughly three years' worth of Netflix.

And so, on Tuesday, the Canucks play their first preseason game at Rogers Arena. The team is advising people to get there a little early to deal with "the enhanced security."

Perhaps the blank-slate preseason optimism will ease the pain of the extra wait, the enhanced security and the nine-buck beer. Me? I'll wade against the tide of the cheerful crowd toward the SkyTrain station – where I won't be checked for a ticket, never mind a gun. By the time the puck drops, I'll be on my couch, watching Narcos. 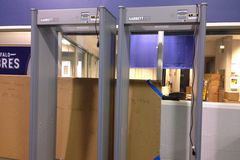 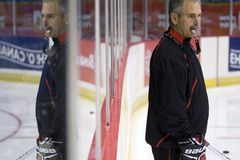 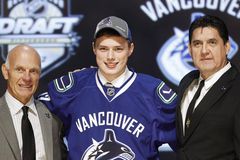