Six people have been taken to hospital after a stabbing at a West End apartment Thursday night, Vancouver police said.

A report of an incident drew police to the building at about 6:45 p.m. PST where they found seven people injured – six severely enough to warrant hospitalization, the VPD said in a statement.

Police arrested a suspect near the building. He was not immediately identified.

Police have yet to disclose a possible motive in the incident.

The stabbings happened around the dinner hour at 1263 Barclay St. in Vancouver's West End.

The victims were taken to a number of hospitals. One victim is listed in very serious condition, five in serious but stable condition. Another victim was treated at the scene.

One police officer was injured during the arrest of the suspect. The officer was not believed to have been taken to hospital.

"When the police arrived on the scene, it was rather chaotic. There were multiple victims on multiple floors," said Sergeant Randy Fincham, media relations officer of the Vancouver Police Department .

Police are looking at video from the building, as well as neighbouring buildings.

"It's a very random attack. The suspect we believe is responsible is in police custody and will remain in custody tonight while investigators conduct their investigation," said Sgt. Fincham. "We will determine what happens in the morning." 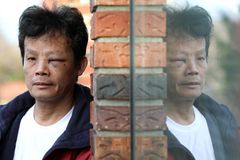 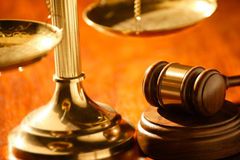 Two years on, still no sentence for sex offender
January 29, 2013
Follow Ian Bailey and Matt O'Grady on Twitter @ianabailey @mattogee
Report an error Editorial code of conduct
Due to technical reasons, we have temporarily removed commenting from our articles. We hope to have this fixed soon. Thank you for your patience. If you are looking to give feedback on our new site, please send it along to feedback@globeandmail.com. If you want to write a letter to the editor, please forward to letters@globeandmail.com.
Comments are closed