As North America grapples with an epidemic of fatal drug overdoses, cities pushing for supervised consumption sites are turning to Vancouver's Insite for guidance on how to proceed.

In the past few months, officials from at least six or seven North American cities have visited Insite wanting to learn more. But while the facility often accommodates tours for a range of people – including law enforcement, academics and health officials – those recent visits have taken on a more pragmatic tone, said Andrew Day, operations director for Vancouver Coastal Health (VCH).

"Recently, we're seeing a huge surge in the amount of interest from people wanting to do tours from all sorts of agencies, especially physicians and public health from other jurisdictions," Mr. Day said.

He attributed the increase in interest to fatal overdose rates in Canada and the United States and Canada's recent change in government.

"In the federal government, we've seen an increase in support for the site, and it's kind of legitimized the work that we do, in many ways," Mr. Day said.

He declined to name the cities expressing interest. However, grassroots groups in Seattle and a mayor in upstate New York have recently called for supervised injection sites.

In Seattle, the Voices of Community Activists and Leaders (VOCAL-WA) will host Liz Evans and Mark Townsend, founders of the Portland Hotel Society (PHS), for community forums on supervised injection later this month.

The PHS Community Services Society operates Insite, North America's first sanctioned free-standing supervised injection site, in partnership with VCH. Ms. Evans and Mr. Townsend resigned from their positions amid provincial pressure in 2014, but continue to advocate for the harm-reduction service they helped make a reality in British Columbia.

Patricia Sully, a lawyer with Seattle's Public Defender Association and a co-ordinator of VOCAL-WA, said the couple will share the story of Insite and discuss what kind of a model might work for Seattle.

"One of the things we've thought very intentionally about is the fact that every city is different, every population is a little bit different, and we can't just copy and paste models," Ms. Sully said. "We really have to take what works and apply it in a way that makes sense for our city."

"I've got to wrap my head around this," he said. "That being said, as a former narcotics officer, the war on drugs hasn't worked. We have to try something different, and therefore I am open to trying something different. I am not saying that I support this, at least not yet, but I want to hear more about it. I am very interested to talk to the Insite people. I'd love to talk to Vancouver police and at some point I intend to do that, to find out what the crime issues are – which is only one aspect of it."

The King County Sheriff's Office patrols primarily outside Seattle, but is the second-largest police agency in Washington State.

Seattle Mayor Ed Murray's office did not respond to calls for comment on Thursday. On Tuesday, the mayor announced a task force to confront heroin and opioid prescription addiction.

VOCAL-WA is also planning to send a delegation to Vancouver in late spring.

In Victoria, a coalition calling for the service has also been in touch with Insite staff, seeking advice on how to prepare an application to Health Canada for the exemption from federal drug laws that is necessary to operate a consumption site.

Drug overdose deaths – due largely to heroin and prescription opioids – have climbed steadily in the United States, reaching a peak in 2014, according to the Centers for Disease Control and Prevention. In Canada, the emergence of fentanyl in the illicit drug market has been linked to overdose deaths across the country.

Since opening in 2003, Insite has not recorded a single fatal overdose. 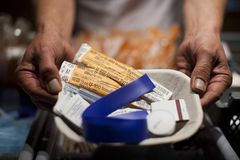 Insite gets stamp of approval from Canada’s health minister
January 21, 2016 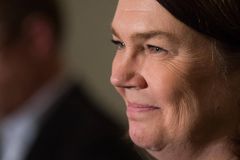 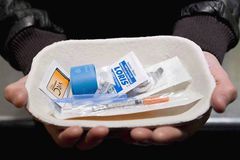