The Victoria federal by-election has become a messy, smelly and often rancorous campaign with sewage treatment – specifically, Victoria's lack of it – emerging as the primary campaign issue.

Sensing shifting political winds as Victorians face huge tax bills to pay for a proposed $783-million treatment plan, candidates have lined up against the proposal.

The pro-environment Green Party is opposed to the treatment plan, with its candidate Donald Galloway saying he's holding out for a better plan.

Conservative candidate Dale Gann started the campaign supporting the treatment plan, but changed his mind at the midway point.

He now says the timing is wrong, which is a bold move, considering Prime Minister Stephen Harper offered to contribute one-third of the funds for the project.

Liberal Paul Summerville, calculating the high-cost concerns of Victoria voters, says the plan is a billion-dollar make-work project for the New Democrats that's based on flawed science.

He wants the whole issue put on hold until 2040.

New Democrat candidate Murray Rankin admits the plan has holes, but says it's time Victoria joined most other communities along the West Coast who have been treating their sewage for decades.

The by-election in the Victoria riding was triggered when NDP MP Denise Savoie retired from politics in August for undisclosed health reasons. It is one of three across Canada – Calgary Centre and Durham in Ontario – that will be decided with a vote Monday.

The varied scientific interpretations of how Victoria's human waste behaves in deep ocean waters has been too much for some. It flushed from semi-retirement the city's sewage treatment mascot, Mr. Floatie.

James Skwarok said the prospect of Victorians electing a candidate Monday who opposes the city's sewage treatment plan forced him to bring out his brown, feces-shaped costume and hit the campaign trail in what he's calling his "second movement."

Mr. Skwarok became a local political celebrity earlier in the decade for showing up at local and provincial sewage meetings dressed in his brown outfit and bow tie.

"I'm dismayed that so many candidates are against treatment," he said. "We spent the last five, six years carefully planning treatment for Victoria and we have the money now, so it's time to do it. It's 2012. It's not 1850."

Victoria pumps about 130 million litres of sewage into the Juan de Fuca Strait daily. The sewage debate has been raging for decades, with environmentalists and downstream communities saying the city is polluting the ocean, but with other scientists saying the ocean acts as a natural flushing toilet that disperses waste with minimal environmental impact.

Mr. Skwarok said he experienced the by-election tension last week when he was shown the door at a Green Party event he attended wearing his Mr. Floatie costume. Mr. Skwarok said he didn't even get a chance to meet his idol David Suzuki, who was there to support Galloway.

"I was a bit bummed out," he said. "I was a bit shocked, actually, that they weren't in favour of Victoria's sewage treatment plan."

Liberal candidate Mr. Summerville, one of three University of Victoria professors, said if Victoria goes ahead with its sewage treatment plan, it might as well flush the money into the ocean along with the waste.

"There's no net environmental benefit to the plan that's being produced," he said. "There's an army of marine biologists and public health officials that have made that point. It's been forced on Victoria by the Conservatives and supported by the NDP because it's a jobs boondoggle."

"When you have the local Conservative candidate and the Green candidate, who are opposed to it, and only the NDP candidate is in favour of it as some sort of make-work project, I think we need to be worried about what the actual science says instead of what the ideology is," he said.

The NDP's Mr. Rankin said Victoria needs to get with the times and commit to a sewage treatment plan. He said the current proposal, which includes federal and provincial funding, is a start to a plan that can always be improved.

"I have a principle disagreement with my Liberal opponent," said Mr. Rankin. "I think after 80 years of debate, it's time to accept we have to do our part."

Victoria is the only community north of San Diego on the Pacific Coast that doesn't treat its sewage.

Federal NDP Leader Thomas Mulcair, who visited Victoria to support Mr. Rankin's campaign, said sewage treatment is the defining issue of the byelection, but he already has his sights set on the next federal election.

Mr. Mulcair said Monday's federal by-elections will serve as important milestones to what he believes will be a historic campaign in 2015 that sees the NDP up against Mr. Harper's Conservatives.

Rankin knee-deep in sewage backlash
May 9, 2018 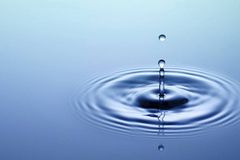 new
B.C.'s Adrian Dix tells business leaders he would raise their taxes
May 8, 2018 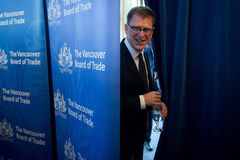 Mayencourt to take on Sullivan for Vancouver-False Creek nomination
May 9, 2018 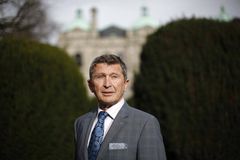