A Canadian man who videotaped himself having sex with girls as young as eight in Cambodia and Colombia victimized the children, whether they were prostitutes or not, a judge ruled in sentencing him to 11 years in prison.

"I find the offender's conduct in this case to be very serious and his moral-blameworthiness to be very high," Mr. Cullen said in B.C. Supreme Court.

Mr. Klassen's lawyers had argued the Burnaby man was merely a "customer" of willing participants after he pleaded guilty to 14 offences of sexual interference and one count of importing child pornography.

But Mr.Cullen rejected that defence.

"[Klassen's]conduct represents a gross violation of the natural imperative to protect children and not to harm them," he said.

Mr. Klassen was charged after police discovered 21 DVDs with titles like "Child Abuse" and "First Timer" in a package of bedding he'd mailed to his own address back in Canada. In the videos, he's shown in numerous sex acts with girls under 14.

The judge noted the crimes may never have surfaced if not for the customs officers' discovery in Mr. Klassen's mail. A Colombian woman had been paid to blur out Mr. Klassen's face and design the covers.

"His video recording of their abuse reflects a callous preoccupation with his own perverse pleasure," Mr. Cullen said.

The father of three lived in Colombia for 20 years before returning to Canada. His lawyers argued he didn't travel there for sex, but became complacent to the age of girls in a place that doesn't have the same stringent laws.

The charges stem from acts between December 1998 and March 2002. Mr. Klassen initially faced trial on 35 counts but pleaded guilty in May to 15 counts involving girls in Cambodia and Colombia, as well as the child pornography charge.

Before his sentencing, the 59-year-old Burnaby, B.C., man who's been diagnosed as a pedophile stood up in court and briefly apologized.

"Your honour, I am sorry for what I have done with all my heart," he said.

Mr. Klassen must provide DNA to Canada's sex offender registry, cannot own weapons for 10 years after his release and is banned for life from going to playgrounds, parks and schools.

Outside court, Crown lawyer Brendan McCabe said the sentence is the highest ever imposed for charges under the sex-tourism law.

"This is huge," he said, adding he is happy for the victims.

The defence had sought a five- to six-year sentence and to allow Mr. Klassen to attend locations where children may attend because he has his own.

Mr. Klassen's case is one of only a few that have gone to court since Canada's child-sex tourism laws were enacted in 1997. The law was bolstered five years later so the consent of the foreign country where allegations of sexual abuse took place was no longer needed in order to lay charges.

A Vancouver hotel employee was first convicted under the law in 2005 and sentenced to 10 years in prison for assaults on girls between seven and 12 in Cambodia.

Two Quebec aid workers were also sent to prison for terms of three and two years after pleading guilty to sexually abusing teen boys at an orphanage in Haiti.

Cambodian child advocate Brian McConaghy, founder of the Vancouver-based Ratanak Foundation, said he would have liked an even tougher sentence for Mr. Klassen.

"Any time you have someone who actively hunts children you need to speak more loudly against it, so I guess it's a measured response," he said.

However, Daisy Kler, with the Vancouver Rape Relief and Women's Shelter, called the ruling a small success.

"There's a clear message being sent to men that this behaviour of using girls from impoverished nations that are destitute is not okay with Canadian society."

B.C. man jailed for incest with three daughters and sex with local girls
July 28, 2010
Girls as young as 8 were 'willing participants' in sex, lawyer argues
July 23, 2010 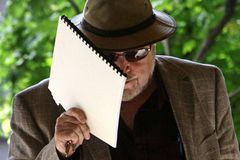 Court upholds Canada's law against child-sex tourism
January 31, 2009
Follow us on Twitter @GlobeBC Opens in a new window
Report an error
Due to technical reasons, we have temporarily removed commenting from our articles. We hope to have this fixed soon. Thank you for your patience. If you are looking to give feedback on our new site, please send it along to feedback@globeandmail.com. If you want to write a letter to the editor, please forward to letters@globeandmail.com.
Comments are closed