After the news broke, Susan Davis's phone rang nearly non-stop – around 80 calls in the first 24 hours alone. A long-time sex worker, an outspoken activist and a mother figure of sorts for other women in the trade, Ms. Davis became a go-to contact for other workers panicked to learn of two recent escort deaths and left wondering: "What should I do?"

"People are working together in little collectives because no one wants to be working alone, independently, right now. Some girls have come together; other girls are going on tour. Other people are just taking down their ads and everything."

The suspicious deaths of escort workers Jill Lyons, 45, and Karen Nabors, 48 – who died within two weeks of each other in the same New Westminster apartment building – have struck a nerve among independent sex-trade workers, Ms. Davis said.

While both anecdotal accounts and academic studies have shown the off-street sex trade is relatively safer than street prostitution, the deaths highlight the vulnerabilities of indoor escorts – particularly those working without the support of an agency.

Since police confirmed the deaths on Monday, workers have shared through phone calls, e-mails and industry message boards – "ladies lounges" – what Ms. Davis calls "heightened safety tips:" Don't accept drinks or candy because they could be spiked. Don't allow any bags when clients visit. Don't work too late at night. Many independent workers have recently begun asking new clients for references from another sex worker, she said.

The causes of the two recent deaths have not yet been confirmed.

Simon Fraser University criminologist John Lowman, who has studied prostitution and related law and enforcement for more than 35 years, says safety measures are complicated by the quasi-legal status of prostitution in Canada: The sale and purchase of sex is legal, but many elements related to it – such as keeping a bawdy house, soliciting or communicating and living off the avails of prostitution – are not.

"The current legal system is worse than absurd: Prostitution is legal as long as you don't do it," he said.

Mr. Lowman served as an expert witness in the case of Bedford v. Canada, which challenges current prostitution laws as unconstitutional. The case is currently on appeal in the Supreme Court of Canada.

In Vancouver, police released new sex-work guidelines earlier this year that prioritize the safety and security of sex workers over enforcement.

One of two slain escorts told friends ‘I keep myself safe’
August 27, 2013 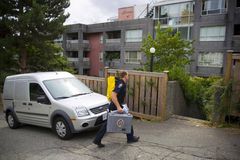 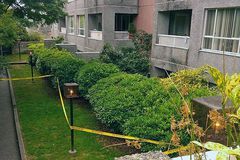 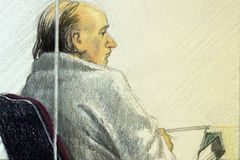 Challengers of prostitution law bring sobering facts and a focus on choice
June 13, 2013 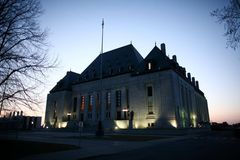