A threat made toward two B.C. politicians has set off a conversation about a festering problem within Canada's multicultural communities.

Organizers of a suburban Sikh parade issued an apology Wednesday, saying comments made by organizers that appeared to suggest Liberal MP Ujjal Dosanjh and Liberal MLA Dave Hayer were not welcome at the parade and would have to bring their own security if they chose to come were misconstrued.

But Mr. Hayer and Mr. Dosanjh questioned the sincerity of the apology, and Mr. Dosanjh said the incident should prompt a serious debate in Canada about what he said is the rise of homegrown hatred.

"I think that what we have done is we've allowed these things to develop in different communities," he told Vancouver radio station CKNW.

"I mean the Sikh community is not the only community, I think we've taken the attitude [that]as long as it doesn't affect our lives, people can spout all kinds of hatred directed at another place," he said.

In an e-mail release, leaders of the Gurdwara Dasmesh Darbar Sikh temple said the temple committee "would like to apologize to the Canadian community for the misconstrued statements."

But Mr. Hayer noted that for years, the parade has included images of people authorities have connected to the assassination of Indian president Indira Gandhi and the Air India bombing.

"I'm shocked at it," Mr. Hayer said. "Anybody that shows them as heroes - the murderers are the heroes, the terrorists are the heroes - has no place in Canada. We have to condemn it."

Mr. Hayer, whose father was to testify at the Air India trial but was murdered before he had the chance, said he agrees with Mr. Dosanjh that Sikh extremism is on the rise in British Columbia.

"We have no place in Canada for any organization to show terrorists, murderers, killers of Air India Flight 182 that killed 331 people, including 281 Canadian citizens, including men, women and children."

The security expert said the Canadian government has long practised the "speak no evil, see no evil policy," when it comes to terrorism within the country and that leaves residents in the dark.

"The Canadian public is so naive they're almost stupid when it comes to security issues."

Mr. Juneau-Katsuya noted that it took the federal government many years to declare the Tamil Tigers a terrorist group, and in the meantime, members of the group terrorized Canada's Tamil community and sent extorted millions to support the quest for an independent homeland in Sri Lanka.

And there are more radicals and angry people coming into the country because terrorism laws in other countries are forcing them out, Mr. Juneau-Katsuya said.

Terrorism, he said, isn't just about lighting the fuse of a bomb, but about intimidation, blackmail, physical aggression and bullying.

"You couldn't have a better witness or better testimony."

Mr. Dosanjh was viciously beaten more than two decades ago by Sikh extremists because he made a plea for peace within the community after the June 1984 Indian army raid on the Golden Temple in India.

Mr. Rana is a Canadian national born in Pakistan and charged in connection to the 2008 terror attack in Mumbai.

'Distorted' multiculturalism to blame for rise in Sikh extremism, Dosanjh says
May 2, 2018 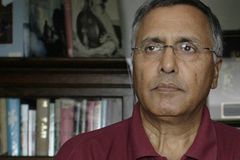 Inflammatory float may impact next year's Sikh parade
May 1, 2018 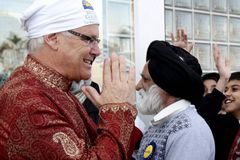