BC Hydro says it faces substantial new costs for the Site C dam after agreeing to suspend work on a portion of the construction until the courts can hear an injunction application this summer by a First Nation seeking to block the $10.7-billion project.

A lawyer for BC Hydro, Mark Andrews, confirmed in a Feb. 16 letter that the Crown corporation has stopped logging along the western end of the transmission line corridor, to protect areas identified by the West Moberly as culturally and ecologically critical, to allow "an orderly resolution of these issues."

The work stoppage applies to a little more than a third of the planned 75-kilometre transmission line – an area that is 260 hectares in total and includes old growth and mature forest. Mr. Andrews said BC Hydro has no plans to clear in other areas identified by Indigenous communities as critical "in the next few months."

But, he wrote, the promised delay will be expensive. "I am advised that stopping the clearing and road building work will result in substantial increased cost to BC Hydro. BC Hydro reserves the right to seek recovery of that cost from [the West Moberly First Nation] in the future."

Tim Thielmann, the lawyer representing the West Moberly, said on Monday the decision is a significant victory. "There has never been a work stoppage like this before," he said. "They had people chopping trees down, and they have sent those people home."

The Site C dam is the most expensive public works project in the province's history, and the decision to continue the project by the NDP government last December was a divisive one for Premier John Horgan's cabinet. Mr. Horgan and members of his government opposed the project prior to the May, 2017, election, but then decided "with a heavy heart" to complete the dam launched by the previous Liberal government, because $2-billion had already been spent on the dam.

In response to the NDP's decision to proceed, the West Moberly and Prophet River First Nations each filed a civil claim in January alleging that the Site C dam, together with the two hydroelectric dams that BC Hydro has already built on the Peace River, have infringed on their constitutional rights to continue to hunt, trap and fish as they had before signing a treaty in 1899 known as Treaty 8.

The cumulative impact of resource development – both the dams and oil and gas – has already left the Treaty 8 lands scarred. In an affidavit filed in court, West Moberly Chief Roland Willson stated that the best moose habitat in his people's traditional lands has already been flooded.

The West Moberly have identified a dozen areas in the path of the Site C project that they say are critical. Those areas include the Peace-Moberly tract, which Mr. Willson said is of one of the best remaining moose habitats. "We don't want to watch our way of life disappear," he said in his affidavit. "We need land, and large tracts of land to maintain our way of life. We don't have that, and BC Hydro is interfering with what little we have left."

This is not the first setback for the project. BC Hydro revealed last October that it had missed a critical construction window for diverting the Peace River, setting back its schedule by one year and adding $610-million in costs to the project.

Mora Scott, a spokeswoman for BC Hydro, said in a statement on Monday that the potential cost of this delay is still unknown.

"We have committed to suspending this work until October 1, 2018, or a decision of the court on the injunction application, whichever is earlier," she said in an e-mail. "There is no impact to the overall Site C project schedule and we are currently assessing the potential cost implications."

Mr. Thielmann said BC Hydro would have caused "irreparable harm" had it continued logging as planned.

"Come this summer, we are going to be asking the court to extend that work suspension to cover all project activities – not just work in the critical areas – and to do so until we get into trial, which could be two years or more."

He said Mr. Horgan needs to now take a second look at his support for the project. 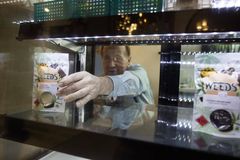 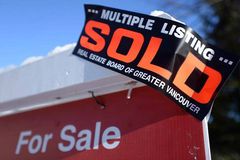