Archeologist Jonathan Driver was part of the team that uncovered, more than 30 years ago, what was at that time one of the rarest archeological finds in Canadian history: A treasure trove of evidence of human occupation in Northern B.C. that dates back to the end of the last ice age.

The site, known as the Charlie Lake cave or Tse'K'wa, contained some of the oldest human remains in Western Canada, specialized weapons used to hunt large mammals such as bison and mammoth, and animal skeletons that suggest ancient ceremonial practices.

The cave is not at risk as a result of construction of the Site C dam – it lies about six kilometres outside the planned flood zone. However, hundreds of other valuable paleontological, archaeological and historical sites will be inundated when Site C is complete, replacing a stretch of the Peace River with an 83-km-long reservoir.

Dr. Driver, a professor of archeology at Simon Fraser University, is concerned that these little-studied sites that chart the paths used by aboriginal people migrating through North America in prehistoric times will be lost, permanently and irreversibly.

"The area that is going to be flooded is significant. The Peace River was a well-travelled route between the lowlands and the front ranges of the Rocky Mountains," he said. Once the third dam on the Peace River is complete, there will be a stretch of just 62 km of the river left intact in British Columbia.

"You need to make a concerted effort to recover the knowledge of that history as much as possible – what is needed is a research strategy, and we are not approaching the destruction of that river valley in that way."

The Charlie Lake cave offers a window on that history.

"It goes down deep, so you can follow the history of people in the Peace River just as the ice age is ending and the first animals and plants and then people are moving into a brand new land, and at this site you can follow that for 12,000 years."

But that is just one site. BC Hydro, in preparing to move ahead with its dam construction, began field work to create a heritage inventory of the area in the nearby flood zone in 2010. It found 26 Class 1 paleontology finds – which means rare fossils, or especially well-preserved and diverse specimens. Almost 300 archeological sites were found, and then there are the heritage sites of the earliest European settlers.

Those sites and artifacts that can't be saved will be studied, and Hydro promises to hold "ground truthing" sessions with local First Nations elders to help collect and preserve knowledge of the human use of the area.

Karen Aird is an archeologist and heritage consultant, and a member of the Saulteau First Nation, which has ties to the original Dane-zaa inhabitants of the region. She said that Hydro's solution glosses over the connection to the land that the First Nations maintain today. While Hydro says it is not aware of any ancient graves in the flood zone, she says they are there, along with other sacred sites that cannot simply be cataloged or moved.

"Part of the way we honour and care for our dead, there are people who go to these places to pray, to visit their ancestors, there are feasts every year … Those take place where the remains are," she said.

The prehistory of the people of the Peace River is still being pieced together. Recently, a local farmer donated boxes of artifacts to SFU. The items included 8,000-year-old pieces of obsidian from faraway quarries, indicating a vast trading network that dates back to a time before the pyramids.

"There is such a story to tell in this region that is going to be lost," Ms. Aird said. "We know Tse'K'wa is of value but it is the beginning of a story, that the Dane-zaa people have continuously occupied the Peace River region for nearly 10,500 years."

Last month, the B.C. government announced plans to purchase Grace Islet to protect an ancient Coast Salish cemetery from development. At that time, Steve Thomson, Minister of Forests, Lands and Natural-Resource Operations, promised to review the policies and law that allowed a private landowner to build his retirement home atop of those graves.

His review of the Heritage Conservation Act is unlikely to change the course of the Site C dam – the province has approved construction knowing that what it terms "heritage resources" will disappear into the reservoir. With construction set to begin in June, there is very little time left to preserve this rich part of B.C.'s history. 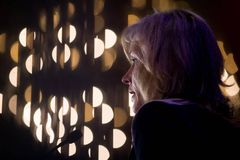 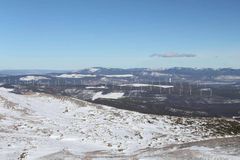