The author of a report the B.C. government used as a green light to proceed with the $8.8-billion Site C dam says there are better alternatives, but his review panel was not permitted to look at other solutions to future demand for more electricity.

In fact, Harry Swain, an associate fellow at the University of Victoria, whose May, 2014, report on the dam was viewed as a "mostly positive" study that justified the government's decision to proceed, says British Columbia could meet its future energy needs at a lower cost with the stroke of a pen by taking back the power available under the Columbia River Treaty.

"In the report, we held back a lot of stuff because we were not allowed to talk about policy," he said in an interview this week. "It wasn't the whole story."

The Canadian Environmental Assessment Agency's review panel report concluded that the province will need more power, and that the Site C dam appears to be an economical solution with a small output of greenhouse-gas emissions. But the panel, without saying yes or no to the proposal, concluded it could not measure the true cost, nor the likely need.

The whole story, Mr. Swain said, would have included a look at alternatives. He noted that, under the Columbia River Treaty, British Columbia sells about the same amount of energy to the United States each year that Site C will produce.

"It is entirely open to British Columbia to say, 'Yes, we'll take the power.'" At current prices, the electricity is being sold for less than half of the cost of Site C power.

Mr. Swain added that other policy alternatives, such pricing based on the time of day, could be employed to manage demand.

However, construction of the dam is well under way and Premier Christy Clark has vowed to get it "to the point of no return" before the provincial election in May, 2017. By then, Hydro estimates it will have locked into contracts worth at least $4-billion for the construction.

Mr. Swain was responding to questions after BC Hydro provided a media briefing to demonstrate how far the project has moved since work began last summer: Already, a bridge spans the Peace River, a massive temporary work camp has been erected, 1.5-million cubic metres of dirt have been moved and excavation has begun in the river.

Jessica McDonald, Hydro's president and CEO, told reporters in a briefing last week Site C is needed for domestic use, but it is not realistic to expect it will be brought on line at the moment more capacity is needed.

"There will be continued fluctuations between now and 2024, as anything does that's a long-term horizon that's impacted by economic conditions. But the project is still very much needed in that time range."

Hydro officials also noted that the project has proven to be well timed because of low commodity prices, low interest rates and the large number of workers available.

If it wins the next election, the opposition New Democratic Party has promised to have the B.C. Utilities Commission look in detail at the cost and actual need for the project. Hydro critic Adrian Dix said on Thursday the B.C. Liberal government has been "reckless" in pushing ahead without that.

Mr. Dix noted current demand for electricity is below forecast, and BC Hydro has postponed an update of its demand forecast until the summer because of economic uncertainty. "We do know that in the early years, the power from Site C will be for export," Mr. Dix said, "at a massive cost to ratepayers."

The B.C. government has rejected the need for further review of Site C as well as the option of turning to the Columbia River Treaty for its future energy needs.

Canada, at the direction of the B.C. government, can terminate the treaty but has elected to seek improvements to the 60-year-old pact. The U.S. state department is reviewing what, if anything, it wishes to negotiate. Some in the United States have suggested the benefits to British Columbia should be drastically reduced.

In the last fiscal year, British Columbia earned $130-million from selling a little more than 4,000 gigawatt hours of electricity under the treaty. This year, the province is expected to bring in $111-million.

Kathy Eichenberger, the province's executive director for the treaty, said British Columbia could choose not to sell the power back to the United States, but the province does not view it as a reliable source because the United States also can cancel the treaty with 10 years' notice. Cancellation would deprive British Columbia of its share of the power, meaning it could neither sell nor keep it.

"It can disappear," she said. 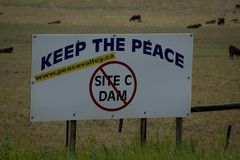 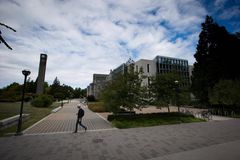