An environmental review of the proposed Site C hydroelectric dam has found BC Hydro has not made its case for the $8-billion megaproject that the Crown corporation has been trying to build for 35 years, and established a series of hurdles that the federal and provincial governments must now tackle.

The Joint Review Panel concluded that the province will need more power, and that the Site C dam appears to be the most economic solution with the smallest output of greenhouse-gas emissions.

But the panel, without saying yes or no to the proposal, concluded it cannot measure the true cost of the project nor the likely need. It recommends that if the federal and provincial governments choose to move ahead despite significant environmental impacts, further independent review on BC Hydro's cost estimates, energy demand forecasts and conservation plan are needed. "The proponent has not fully demonstrated the need for the project on the timetable set forth."

As well, the panel concludes the project would result in serious adverse effects on the traditional hunting, fishing and other land uses of First Nations.

B.C. Energy Minister Bill Bennett believes the panel was "reasonably impressed" with the case for Site C, and swiftly dismissed the call for further review by the B.C. Utilities Commission.

"We don't need the electricity today or tomorrow, or next year," he told reporters, "but we are pretty darn sure we are going to need it 10 years from now."

The report does not decide the fate of the proposal for a third dam on the Peace River – the federal and provincial cabinets will have the final say, and both must agree to issue a permit before BC Hydro, which has tried twice before to build Site C, can move forward.

By creating an 83-kilometre reservoir on the Peace River, the dam "would cause significant adverse effects on fish and fish habitat, and a number of birds and bats … rare plants, and sensitive ecosystems," concludes the three-member panel led by Harry Swain.

Even if government accepts that loss, the panel raised questions about whether BC Hydro has really explored other options. Alternative energy, including geothermal potential, has been glossed over and the potential for conservation has likely been underestimated. "Energy conservation and end-user efficiencies have not been pressed as hard as possible in BC Hydro's analysis."

Mr. Bennett said his government will now need to consult with First Nations at the same time that it weighs the findings over the next six months.

However, he said the final hurdle will be decided by his government alone – whether to approve, in the end, the investment of at least $8-billion.

Energy lawyer David Austin said the negative impact on First Nations will likely prove to be the most daunting challenge ahead – even if the two levels of government accept the risks outlined in the 471-page report, the project will face strong legal challenges based on those findings.

"Site C is going nowhere in a hurry, if ever, at all," he said. "That's the killer, it's a ticket for the First Nations to the Supreme Court of Canada."

Treaty 8 Tribal Chief Liz Logan, whose band stands to be profoundly affected by the project given the flooding of 5,000 hectares in the Peace Valley, said she was pleased the panel did not accept BC Hydro's case for Site C at face value.

Although there is no clear yes or no in the panel's 50 recommendations, she said she was pleased the panel had raised questions about the need for the project – echoing First Nation concerns. "We have always said, 'Let's look at alternatives,'" she said in an interview. "I am somewhat happy today."

A spokesperson for BC Hydro said credible scenarios suggest the province will need the power from Site C.

"It's not an exact science. You can't forecast this on the head of a pin," David Conway said. "We review the load forecasts on a regular basis. We update them yearly. And we try to account for things that could impact the load forecast up or down, looking at those variables and how things are occurring."

Environmentalist Andrea Morrison of Fort St. John – a city destined to be affected by any construction of Site C – said the apparent ambivalence of the report to the project will help critics. "It helps to make a case against the project," said Ms. Morrison, co-ordinator of the Peace Valley Environment Association. "That's good for us and all British Columbians. We don't need this project."

Mark Jaccard, a former chair of the B.C. Utilities Commission now a professor at the School of Resource and Environmental Management at Simon Fraser University, said he appreciated that the report canvassed a number of relevant issues, but that the executive summary of the document seemed "waffling" in not drawing blunt, emphatic conclusions.

He said he was hard-pressed to speculate what the report will mean for the fate of Site C. "I have no evidence of how various political parties and broad sections of the public will react to this," he said.

Go here for the full report from the Joint Review Panel (PDF), or cast your vote on whether you support the project. 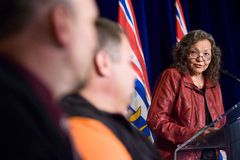 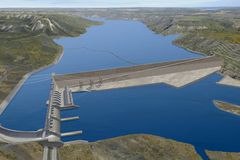 Ultimate fate of Site C dam does not hinge on new report
May 7, 2014