A non-profit Whistler company that took in the surviving sled dogs from a horrific cull three years ago has gone out of business and is looking for new homes for the 86 dogs still in its care.

The Whistler Sled Dog Co. was created in December, 2011, with the welfare of the animals as its priority.

"The plan was to create a company that would be a shining light in the industry, to show that you could run a commercial dog-sledding operation ethically," said Sue Eckersley, a board member of the Sled Dog Foundation, which established the company.

At its height, the Whistler Sled Dog Co. had 187 dogs. Most were donated from Outdoor Adventures Whistler, the company at the centre of a massive wave of public outrage when news emerged that 56 of its dogs were slaughtered in April, 2010. The man who undertook the cull, Robert Fawcett, was fined $1,500 and given 200 hours of community service and three years probation.

Ms. Eckersley said the Whistler Sled Dog Co. had found homes for about 90 dogs over the past 19 months to get the pack down to an appropriate size for the business. A few others had died of natural causes. All of the dogs had been resettled within B.C.

But now the company's board has voted to cease dog-sledding operations, and focus on finding adoptions for the 86 remaining dogs.

"Our goal now is that instead of using the summer to train animals, we're going to work with them as best we possibly can and we're going to start their rehoming process," said Dean Heuman, a company board member and chair of the Edmonton Humane Society. "We're not going to restart this fall."

Mr. Heuman said that despite a healthy rate of bookings, the company's income from the four months of operations in the winter was not enough to keep it running through the off-season, when the dogs still needed food, exercise and training.

"It's a relatively short season, and without any income in the summertime, it was virtually impossible to ensure that they have the kind of life that they should have," Mr. Heuman said.

The company will work with Whistler Animals Galore, a local shelter, throughout the summer and fall to resettle the dogs. Board members said the company has enough resources to care for the animals during that time, and will bring up animal behaviour specialists to work with dogs that may not be ready for a domestic setting.

"We're very confident that they'll all find homes," Mr. Heuman said. "We know it's achievable. In the past, we've never contacted other groups outside the key contacts we have in B.C., so we haven't used all the resources already."

If any dogs remain at that point, Whistler Animals Galore will likely take them, Mr. Heuman said.

Ms. Eckersley said a few of the company's employees are recording everything they have learned over the past two years in the hope of creating a guide for how to treat sled dogs during the off-season, and to outline the challenges on the business side of the operation.

"I hope also that we're a cautionary tale," Ms. Eckersley said. "We had a lot of volunteer hours, we had no need to make money, there was no profit motivation. All we wanted to do was create an organization that was beyond reproach in terms of its dealings with dogs."

Ms. Eckersley said dog-sledders who operate in areas with longer seasons – up north and farther from the ocean – should have an easier time giving proper care to their dogs.

"We're not ready to paint the whole industry as unethical. But we are willing to say, 'Listen, we had a lot of volunteer hours, we had a lot of animal experts, we had a lot of people who were really pushing to create this great thing. We had a whole community behind us, we had the biggest market share in Whistler in terms of dog-sledding. And we weren't able to do it.'" The fast and the furriest: Yukon Quest sled-dog race ‘puts you to the test’
February 11, 2013 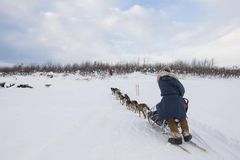 For Inuit culture, she was an iconic light of happiness and a dancing owl
January 12, 2013 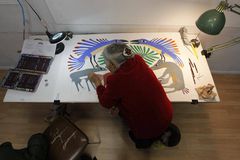