In Vancouver, it's been a week for eulogizing the single-screen, independent cinema experience, with the final screenings at the Ridge Theatre. The beloved Ridge has fallen victim to development – a condo will rise in its place – but there's a crisis in the independent cinema community that goes beyond land values. These theatres are in a race to convert to pricey digital projectors, with 35-mm prints in short supply – and soon to be unavailable altogether when the film industry moves entirely to digital. In the scramble to keep up, small cinemas are crowdsourcing to raise tens of thousands of dollars for the new equipment. And the stories coming out of these small-town efforts are worthy of big-screen Hollywood treatment.

In tiny Sidney, a retirement community north of Victoria, the Star Cinema has been trying since May to raise money for two digital projectors and new seats to replace the current worn-out, 30-year-old chairs. With a target of $185,000 (originally $200,000; the cost of digital projectors has fallen), they're close: The cinema has raised nearly $170,000 – most of it from patrons.

"It's just a small theatre on a side street in a town of 11,000, but it has an incredible emotional pull for the community," says Susan Simosko, a resident and volunteer fundraiser. "Theatres are closing everywhere and we just decided we are not going to let this little theatre close."

Originally from New York, Ms. Simosko says the little cinema represents a link to the outside world for her. She stepped in to help last spring, around the time theatre owner Sandy Oliver lost her sister – and theatre co-owner – Carolyn Lewis to ovarian cancer. Ms. Simosko has been getting up in front of audiences before screenings, asking patrons to donate.

At a screening of The Best Exotic Marigold Hotel last summer, as soon as the credits started to roll, a woman stood up and suggested the entire audience pitch in and donate a $150 seat. They did.

A teenager, in town for the summer visiting family, offered to do some fundraising – and came back with $25,000.

A Disney editor in L.A., writing a book on the decline of the movie business, donated $500. His brother sent another $500.

A local business owner dropped by last fall with a cheque. He recalled that shortly after the theatre opened in 1998, a family member took a group of children there, but, not realizing the cinema didn't take debit or credit cards, had no cash with him. The family wasn't turned away. One of the sisters told them to not to worry, to go on in and have a good time. "He has never forgotten that," says Ms. Simosko. "Almost 15 years later and he gave a donation of $10,000."

Not everyone is on board: Some balked when the municipality included a note about the cinema's fundraising in a town mail-out. But even if it's a private business – which cannot offer a tax receipt – Ms. Oliver says the cinema performs community functions. It hosts local events, it's a meeting place for seniors, there are low-priced screenings of children's movies, and it's an affordable night out – with the top ticket going for $9 and popcorn reasonably priced rather than the "break-the-bank fine dining prices" you'll find at the multiplex, she says.

The community response has been overwhelming. The new seats are expected in March, a friend who took out a mortgage on her house to buy the first digital projector is being repaid, and with naming rights available for one of the cinema's two theatres (the other will be named after Ms. Lewis), Ms. Oliver is certain they will reach their target.

Other theatres have noticed; some are looking to the Sidney experience for guidance, including the Hope Cinema, which is about to embark on a fundraising effort to replace its 1950s projector.

Ms. Oliver herself was inspired by the Salmar Theatres in Salmon Arm. A community-run cinema since the 1940s, the Salmar boasts that it may be the only non-profit group in North America to operate a first-run multiplex. Profits go back into the theatre or the community.

A group from Nelson recently toured the Salmar; they're embarking on a big crowd-funding effort to restore their Civic Theatre, which closed nearly three years ago. Last June, residents formed a non-profit society. Their plan: split the space into three new theatres, and upgrade to digital projectors. Total cost: about $2.5-million over three years, with a first stage of $150,000 for the initial digital conversion. That campaign will kick off Feb. 23, when the theatre reopens with a screening of Skyfall.

"A movie theatre is more than just a movie theatre," says Roger Ley, vice-president, Nelson Civic Theatre Society. "It's a meeting place and a place that brings people out of their houses and into the downtown core."

For a happy ending, look to Powell River: When Patricia Theatre co-owner and operator Ann Nelson learned in late 2011 that plans to replace 35 mm with digital had been accelerated, she panicked. "I thought, 'Holy fright, we're not going to have any 35 mm product available to us.'"

The following January, she went public with a fundraising plea. "In four months, start to finish, our little town did it," says Ms. Nelson, 70, who operates the theatre with her son. "My musician friends held a concert that raised $2,000, there were weenie roasts, coin collections all over town." They raised $90,000 – plus an additional $50,000 to improve the sound system. The Patricia was saved, and will celebrate its 100th anniversary this year.

Opinion
Only innovative theatre could give us these Winners and Losers
January 18, 2013 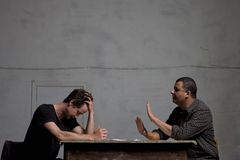 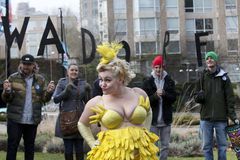 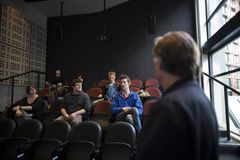