The need to hire 3,500 teachers in a rush to reduce class sizes in British Columbia is undermining the recruitment effort at the most expensive and remote districts, the province's teachers union says.

BC Teachers' Federation president Glen Hansman said a surge in job openings resulted in a "domino effect," with teachers moving around the province to more desirable districts.

"As early as May and June, we had a lot of our current members in northern and remote school districts in the province apply for and accept jobs in the Okanagan and the Lower Mainland and likewise, current members who perhaps live in Vancouver applying for jobs elsewhere," he said.

The hiring frenzy across B.C. public schools is the result of a Supreme Court of Canada decision last year that restored former rules around class size and composition that the previous BC Liberal government overstepped with legislation that the courts deemed unconstitutional.

The province's northern-most school district, Stikine, lost about half its teachers, who took advantage of the opportunity to move to bigger urban centres or closer to other friends and relatives, Mr. Hansman said.

More than half of Vancouver teachers live in other cities in the region, and Mr. Hansman said the losses in that district are also believed to be the result of teachers wanting a shorter commute.

The Vancouver School Board said it had 342 full-time equivalent positions created by the new class-size requirements and it lost 125 teachers who took jobs in other school districts.

Superintendent John Lewis said the decision for some teachers to transition to districts closer to where they live was "understandable." Despite all the vacancies, the board was down to 72 postings last week, he said.

Mr. Lewis said the high cost of living and housing affordability in Vancouver is an issue and competition with openings in nearby, more affordable districts such as Langley and Surrey have added to the challenge.

Shane Johnson, a recently hired substitute teacher in North Vancouver, said location was a major factor in his decision in applying for jobs this fall.

"I wasn't willing to spend three hours a day in a commute," he said, adding that he was initially open to moving, but with all the new positions that became available, that no longer seemed necessary.

Mr. Johnson said he considered applying in Vancouver, but word of instability at the district deterred him.

The Vancouver district was among those in the province exploring options for school closures to meet budget demands last year, and its trustees were fired by the previous Liberal government after failing to pass a balanced budget.

Mr. Lewis said while the Vancouver board has had its challenges, in the classroom, teachers are provided with a constructive, positive working environment with room for professional development.

Mr. Lewis said substitute and district-placed specialized teachers are being re-assigned to fill the gaps at the head of the classroom while the other positions are being filled.

It's a move the BC Confederation of Parent Advisory Councils said risks leaving children with the greatest needs without adequate support.

"In the past, many special-needs students have been sent home when resources and supports are cancelled," council president Jen Mezei said in a news release.

The Education Ministry said in a statement that while most school districts have met their targets, the situation across the province is "fluid" and hiring for the new positions is expected to continue until the end of the month.

In the long term, Vancouver District Parent Advisory Council chair Rob Peregoodoff said he wants to see the province and school board create incentives to address the challenges of attracting teaching talent, such as subsidized housing.

The teachers' union is also suggesting increasing the number of spots in teacher education programs in B.C. and offering student loan forgiveness to those who take jobs in the province to meet the renewed need for educators. 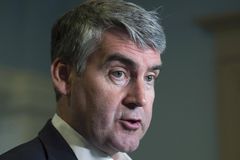