The more female sex workers feel connected to their colleagues, the less they engage in risky transactions with clients who refuse to wear condoms, according to a new study urging the Conservative federal government to repeal its anti-prostitution law.

The ability of sex workers to organize and protect themselves will continue to be severely hampered by the Conservative government's Bill C-36, passed last fall, which criminalizes the buying – not selling – of sex and pushes such workers into more dangerous areas and activities so they can protect their clients, according to the study's principal investigator Kate Shannon, who works for the B.C. Centre for Excellence in HIV/AIDS.

The odds that a sex worker would say no to such dangerous transactions kept increasing if they reported feeling more "social cohesion," which influenced their ability to better negotiate condom use with clients, the study found.

Researchers interviewed the women every six months and asked them to rate statements such as, "You can count on your colleagues to accompany you to the door" in order to determine the level of social cohesion they felt among their peers.

The period of the study ended in 2013, before Bill C-36 came into force last fall after the Supreme Court of Canada ordered the federal government to craft safer rules around the sale of sex in December, 2013.

Dr. Shannon said many of the subjects felt pushed to engage in riskier behaviour like rushing transactions or jumping into vehicles before negotiating, regardless of whether police were targeting sex workers or their clients. The Vancouver Police Department began enforcing a new policy of only targeting clients in January, 2013, and rates of violence against sex workers remained unchanged, according to Dr. Shannon.

Jules Chapman, a former sex worker and co-author of the new study, said colleagues in the industry know best how to look out for one another, but are being hamstrung by the new law banning living off the avails of prostitution. She said that ban prevents workers from paying a friend to protect them by doing things like writing down client licence plates or shadowing them during a transaction.

"We still try to do the buddy system, but, again, we're not supposed to and it's making it crazy," said Ms. Chapman, who is also an outreach worker in Vancouver's Downtown Eastside with the non-profit Sex Workers United Against Violence. "Women are taking chances they normally wouldn't be taking or going into places they're unfamiliar with."

She said the law's provision that prohibits communication in many public places also means sex workers can't properly screen potential clients to see if "something is a bit off" with them.

The study found those doing sex work indoors, in places such as brothels and massage parlours, were 43 per cent less likely to engage in these risky transactions compared to their counterparts out on the street.

"They have more means and are able to access security or other workers that can call for help," Dr. Shannon said Wednesday, outside the AIDS conference that drew about 6,000 scientists, community activists and academics to Vancouver.

The study also found injection drug users were 1.6 times more likely to acquiesce to a client refusing to use a condom and that younger women were also more likely to engage in such risky transactions.

The study was sponsored by the B.C. Centre for Excellence, Providence Health Care and UBC.

Dr. Shannon said legal challenges are forthcoming to the prostitution laws, which she said, in effect, still criminalizes sex work. 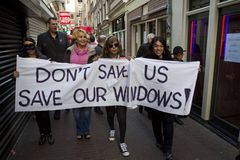 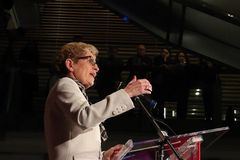 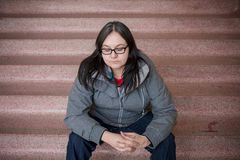