Phillip Rutter of the Okanagan community of Coldstream always knew his great-uncle was mortally wounded in action in the last months of the First World War.

But one day earlier this year, the retired BC Hydro civil inspector got an e-mail that added a new dimension to his understanding of that relative's life and death – one that will forever change Mr. Rutter's view of his great-uncle's military service.

It turned out that Lance-Corporal William Arthur Rutter of New Zealand, who died at the age of 25, had been awarded a British War Medal for leaving his country to serve in Europe.

"I knew about [his death in the war], but never thought to look for medals," Mr. Rutter said from his Vernon-area community. "This came out of the woodwork at me. I wasn't quite prepared for it."

More remarkably, the medal was in the possession of a stranger in the same time zone as Mr. Rutter, a five-hour drive away.

Although Lance-Cpl. Rutter's mother was given the medal in 1920, it somehow crossed the Pacific and ended up among the possessions of the father of Douglas Goldthorp of Bellingham, Wash. Mr. Goldthorp travelled to Coldstream to deliver it to Mr. Rutter on July 25.

The link came about through Ancestry.ca – an online family history resource company contacted by Mr. Goldthorp. Ancestry.ca, which donated its services, tracked down the only known relative of the deceased: Mr. Rutter.

"I was pretty amazed, for a start, that this person is in Bellingham and I am in Canada and it's five hours away in Bellingham. It's pretty crazy," Mr. Rutter said.

One of the big mysteries here is how the medal ended up in the United States, especially in the same Pacific region as a member of Lance-Cpl. Rutter's family. There are various theories, but they haven't worked out, Mr. Rutter said.

"It's still an absolute mystery," he said. "There's no connection between the Rutters and the Goldthorps. We cannot find any connection at all."

Mr. Goldthorp, a retired geologist raised in Canada, says he found the medal in the possessions of his Vancouver-based father after his 2005 death.

His father, he said, moved from England to Canada, where he worked as a printer and a construction supervisor on the ill-fated Avro Arrow project in the Toronto region and eventually as a sales agent for industrial tools. He did not talk much about the past. "I am pretty certain he was not in the military," he said.

Mr. Goldthorp said the medal was just floating around with a number of his father's items.

"He never spoke of it. There's nothing remarkable about it until I decided to pay a little more attention to what it was," he said.

That was in early February of this year. Part of the inscription referred to New Zealand.

"All of a sudden, it took on an immediate new significance to me," he said. "A chill did go up my spine. It became quite exciting because it was no longer just a meaningless medallion that was nameless. It had connection to someone. I knew immediately that I wanted to find who it belonged to."

After Ancestry.ca worked through family trees to connect the Rutters and Mr. Goldthorp, Mr. Rutter presented the medal to his 10-year-old grandson, named William, just as the relative who had gone to serve.

"He is just awestruck on how he is connected to the past and he realizes he is a somebody. That's what he actually said to his grandma – that he finally believes he is a somebody by the history that has come before him," Mr. Rutter said.

That somebody was the second of four brothers. Lance-Cpl. Rutter enlisted in the New Zealand Army on Oct. 19, 1915, a year after the First World War broke out. He died on March 30, 1918, from wounds inflicted as he worked with others on the Western Front to establish a defensive line against a German advance. It was eight months before the war's end.

Mr. Rutter said he is looking with a new perspective on commemorations this month on the beginning of the First World War.

"I'm paying a lot more attention. I just thank God for the soldiers and the sacrifices these people did," he said. 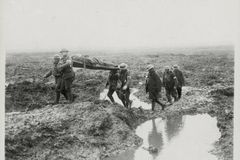 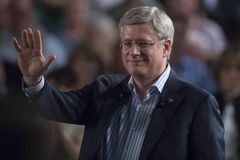 Princess Pats: ‘First in the field’ for 100 years
August 3, 2014
Follow Ian Bailey on Twitter @ianabailey
Report an error Editorial code of conduct
Due to technical reasons, we have temporarily removed commenting from our articles. We hope to have this fixed soon. Thank you for your patience. If you are looking to give feedback on our new site, please send it along to feedback@globeandmail.com. If you want to write a letter to the editor, please forward to letters@globeandmail.com.
Comments