Frequently, I fly between Vancouver and Victoria aboard a commercial float plane. It's almost always a staggeringly beautiful flight.

It's common for the pilot – the lone pilot – to invite a passenger to come up and sit beside him in the cockpit. I've done it often and can tell you it's quite the joyride, particularly during takeoffs and landings. But as often as I've marvelled at the wondrous surroundings below me, and gotten a charge out of watching the pilot in action, something else has frequently crossed my mind: What if this guy has a heart attack?

While I have sometimes fantasized about taking over the controls and heroically gliding the plane to safety, I have more often thought about how terrifying it would be for me and the other dozen or so passengers aboard. The best I could do is scream the words no passenger on a plane wants to hear: "Is there a pilot aboard?" The reality is we would almost certainly be heading for instant death and have several minutes to consider it as we plunged toward terra firma – or the ocean.

People around the world this week are thinking about how horrible it must have been for those poor souls aboard the Germanwings jet that appears to have been deliberately crashed by a troubled co-pilot. Investigators have described the screams from passengers picked up on the cockpit recorder. Their hell lasted an unimaginable eight minutes. The only mercy was that their deaths were instantaneous.

It didn't take long for the federal government to introduce new rules making it mandatory for two people to be in the cockpit of a commercial airliner at all times – and impossible for a Germanwings scenario to occur. That's fine, but what about smaller planes? What is the cut-off in terms of the number of passengers that need to be aboard a commercial plane in Canada for sensible, life-saving rules to apply?

The float planes I travel on routinely have 14 passengers or more aboard. I can assure you, the first time we lose a load of people because the lone pilot becomes incapacitated, or is troubled and decides he doesn't want to live any more, it will be the last time an airline company will be allowed to operate with just one certified aviator.

There has been plenty of discussion about the possibility of such an event happening, both among passengers and in air industry boardrooms. I'm certain that at the corporate level, at least, an inevitable calculus comes into play. And that is one that weighs the probability of such an occurrence taking place versus the bottom-line implications of having to have two pilots aboard. I'm sure the margins in the commercial float-plane world are tight, but that is hardly the point.

I phoned Transport Canada to get its view of the situation. I wanted to know what the current federal policy is governing the commercial float-plane industry and specifically the rules around the number of pilots needed to be present in the cockpit. The communications officer I spoke with said he had often flown up front on commercial seaplanes in British Columbia and wondered the same thing. Unfortunately, the federal agency was not able to reply to my question.

Perhaps the answer is simple: There are risks associated with small-plane travel in Canada – commercial or otherwise – that are not deemed acceptable on bigger aircraft. And maybe most travellers are willing to accept those dangers because the chances of a float-plane pilot becoming debilitated in the middle of a 35-minute jaunt between Vancouver Island and the Lower Mainland are remote.

For the flying comfort of those passengers, I will not try to disabuse them of that notion. Let me just issue this warning: Don't dare Google "pilots" and "heart attacks." It could forever change the way you view those pleasant little one-pilot flights you've been taking. 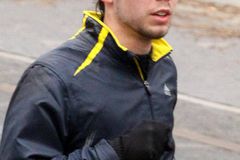 Suspected cases of mass homicide by pilots are rare
March 26, 2015 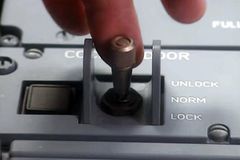