Things are not well at the local pub.

The province's new drinking and driving laws have really choked the flow of beer normally spilling from the taps. Business is reportedly off 20 to 25 per cent. It's so bad that the manager has told the mostly young women working there they need to start dressing more provocatively. This will lure customers back!

Consider the bottom-line realities my local watering hole is facing and then multiply it by hundreds, maybe thousands, and you begin to understand the pressure the provincial government is under from the booze industry to dilute the new penalties it introduced to deter people from getting behind the wheel when they shouldn't.

Still, it was somewhat shocking when B.C. Solicitor-General Rich Coleman came out the other day and said people were misinterpreting the new laws and that it was okay to have a couple of drinks before driving home. Now the government is considering changing its drunk-driving legislation so it doesn't have the "unintended consequences" of hurting bars and restaurants.

Confused? You're not the only one.

Understand something: The government introduced the new measures for a reason. The old regime wasn't working - at least well enough. While a blood alcohol level of .08 has been the number upon which a person can be convicted of drunk driving for decades now, there was also a warning point at .05 upon which a police officer could give the driver a 24-hour suspension.

Because that wasn't much of a penalty, most people didn't regard it with much fear. So, many bar patrons continued to drink into the danger zone and beyond. And some jumped into their cars, bleary-eyed, and killed someone. After years of knowing something had to be done, the government did the right thing and imposed new penalties that gave .05 some teeth.

If drivers exceed that threshold they can lose their licence for a few days and their car is towed, not left on the side of the road as it was before.

The new penalties have had the desired effect. People aren't taking the risks they once did and so, not surprisingly, it has had an impact on the bar and restaurant business.

Now the government is saying the laws conveyed the wrong message and that a couple of glasses of wine won't put you over .05. But the fact is, how much booze puts someone over .05 varies from person to person. It depends on height, weight, how much food you have in your stomach at the time, your metabolism. The only way to know for sure if you're over or not is by carrying your own breathalyzer.

I don't believe there is as much confusion out there as the government suggests. I think most people know they can still have a couple of drinks and be fine, but they also know how it generally works: You have a couple and the hockey game is on and it's a really good game and everyone else is staying for the third period, so you stay too and order one more because you think it will be okay. Well, now people don't want that temptation because they understand how severe consequences are if they blow over .05.

The new penalties are working. Now it's up to bars, restaurants and society to figure out how to deal with them.

I wish I could muster more sympathy for the pubs and bars but I can't. They've been pouring drunk drivers onto the roads for decades, a willing accomplice to the carnage we've witnessed. Sorry, if progress is hurting the bottom line. Progress has hurt lots of businesses, mine included. Deal with it.

Finally, we are starting to treat drunk driving like the scourge that it is.

I get that it isn't easy in a country that has a drinking culture. (We used to have a smoking culture too). But lots of countries in Europe have drinking cultures, ones that predate ours by centuries. And many of them have far stricter drinking and driving laws than ours and it hasn't closed down all the bars and restaurants and cafés that existed before the measures were introduced. The effect it has had is to reduce the number of people getting killed at the hands of drunks behind the wheel.

The B.C. government has to decide if it's serious about dealing with this societal problem or not. Backing off its new laws even in the slightest would send a horrible message. 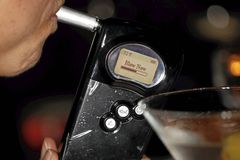 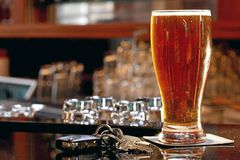 B.C. considers diluting tough new drunk driving laws
November 8, 2010
Drinking and driving? Don’t even think about it
October 15, 2010
Follow Gary Mason on Twitter @garymasonglobe
Report an error Editorial code of conduct
Due to technical reasons, we have temporarily removed commenting from our articles. We hope to have this fixed soon. Thank you for your patience. If you are looking to give feedback on our new site, please send it along to feedback@globeandmail.com. If you want to write a letter to the editor, please forward to letters@globeandmail.com.
Comments