The skyrocketing value of British Columbian homes would cut twice as many homeowners out of property-tax relief from the provincial government this year compared to last because their residences are now worth too much.

Last year, 91 per cent of all homes in the province were covered by the homeowner grant program, which offers $570 to owners of properties with an assessed value of less than $1.2-million. But this year, only 83 per cent of B.C. homes in the province would be covered under the grant's current format, according to data from Landcor Data Corp., a leading real estate valuation firm.

The rise in home values has prompted B.C.'s Finance Minister to review whether to raise the limit before delivering the provincial budget next month. The government kept the grant threshold at $1.1-million for two consecutive years as housing prices rose slowly, but the province raised it $100,000 last year to help homeowners dealing with assessments that rose 10 to 30 per cent. (Since 2003, the threshold has been raised nine times.)

In Vancouver, nearly a third of all detached houses qualified for the program last year, but Landcor's new data show the runaway assessments now mean only 2.5 per cent of these homes are under $1.2-million. Last year, 65 per cent of all types of residential real estate in the city were under that threshold, but that proportion drops to just under 50 per cent using 2017 assessment data.

"I've been in this business 50 years and I've watched the markets go up and down – I watched the crash of 2008 – but this is about the fastest I've ever seen the residential market go up in Vancouver," said Rudy Nielsen, founder and president of Landcor.

"So many houses jumped above that [$1.2-million mark], I think the government should take a second look at this homeowner's grant and make some adjustments for people who just can't afford it."

Mr. Nielsen said owners should appeal their assessments only if they feel it is much too high and they intend to stay in that house for the long term. Otherwise, a higher assessed value will act as a guideline for realtors making an offer on the property if the owner wants to sell in the near future, he said.

The Ministry of Finance predicts the grant will cost it $809-million this fiscal year and stated that it lost $12-million by raising the grant threshold last year.

Jason Grant, a regional assessor with BC Assessment, said last year's spike in assessment values hit mostly those communities in and around Vancouver, whereas this year, a jump of 30 to 50 per cent hit most single-family houses "all the way from Squamish clean through to Chilliwack."

Still, he cautioned, a jump in assessments does not automatically translate to a corresponding property-tax increase.

"It's all going to depend on how your property performs relative to the average change for your community," he said. "If somebody's assessment went up 30 per cent – that's a large increase – but that increase may actually be several points below the average change in their community and in that case the person might … actually end up with a tax decrease.

"If you're pretty close to the average you might not see much of a tax change at all."

That's because municipal governments generally respond to such increases by lowering the tax rate applied to each property to only collect the total funds needed to operate their budget, Mr. Grant said.

In Vancouver, the number of homeowners who have deferred their property taxes has risen steadily over the past decade with almost 4,800 people taking advantage of the tax relief last year, according to the city.

This year's assessments are based on data collected up until July last year, which is when Metro Vancouver's red-hot market began showing signs it was weakening and before the B.C. government implemented a 15-per-cent tax on foreign home buyers that further cooled real estate activity. 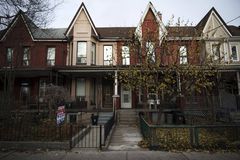 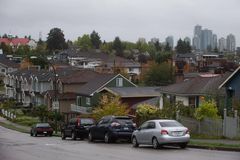 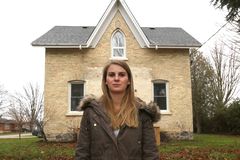