Travel arrangements for B.C. Premier Christy Clark during a trade mission included a request for flowers and a bottle of wine that she could enjoy when she headed back to her hotel room at the end of a busy day, according to newly released documents.

"We were hoping to upgrade our Premier … if at all possible," an events and logistics officer with the B.C. government said in an e-mail to an undisclosed hotel in Chandigarh, India. "For the Premier's room, could we have the following items placed in her room? Fresh flowers, fresh fruit basket, bottle of wine – chardonnay, and still and sparking water," the official stated.

"Any items not complimentary will be paid for on our house account," the official said.

However, Ms. Clark said she did not even take a sip of wine in her hotel room during the trade mission.

"I did not request that. I never would request that," she said Tuesday during a conference call from Tokyo. "If someone was kind enough to leave a bottle of wine in my room, in India, I didn't even open it because I don't have time on a trade mission."

She also played down the significance of documents that indicated her staff requested upgrades in accommodations for her. "A hotel room is a hotel room as far as I am concerned," Ms. Clark said. "I don't spend a lot of time in it."

The documents, released in response to a freedom-of-information request, indicated her staff routinely arranged for upgrades for Ms. Clark and others on the trade mission to China and India.

"It is our regular procedure to have rooms at one set rate and request that four guests receive complementary upgrades," another events and logistics officer said in an e-mail, referring to accommodations in Bangalore, India. "This would be for the Premier, minister [of jobs, tourism and innovation] deputy minister and principal secretary to the Premier."

Ms. Clark is currently in Japan on her second Asian trade mission in the past year. She told reporters she was "selling British Columbia hard" to ensure that investment would be made in the province. On Tuesday, she met with DeNA, a Japanese digital media company, and Mitsubishi, which is involved with Penn West Exploration in a $2.9-billion investment in B.C. that is expected to create 10,000 jobs over the next 20 years.

Last November, Ms. Clark led a 14-day trade mission to China and India, attending more than 100 meetings and signing numerous contracts, memoranda of understanding and letters of intent worth $1.4-billion. Representatives of more than 120 B.C. companies, education institutions and business groups, and 200 people from B.C. community organizations, were involved in the announcements. The cost for Ms. Clark, two cabinet ministers and their delegations was around $614,000.

A government official who spoke on background and was not authorized to be quoted in the media said the request for flowers, fruit and wine in Ms. Clark's room was made by staff and not at the direction of Ms. Clark. The request was made only once during the two-week trip and no costs were ever incurred, he said. "They never billed for it," he said.

Staff were trying to anticipate what Ms. Clark might want, he added. "[Staff]were just working on their own, to make sure she was comfortable."

The government paid for an upgrade to a suite for Ms. Clark on only one night during the trip, the official said. "The additional cost was 10,000 rupees, which worked out to around $185 for the upgrade," he said. The request came from staff, not Ms. Clark, he added. "They just went ahead and did it on their own," he said.

On other occasions, the trade mission received complementary upgrades, he said. But that was standard practice. "When dignitaries visit hotels, [the hotels]upgrade for nothing," he said.

Costs are tightly controlled on the current trade mission, Ms. Clark told reporters. Japan was a more expensive country than China or India, she said. "We're trying to make sure we keep the costs down," she said. 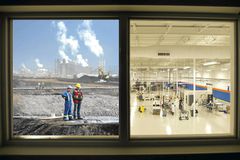 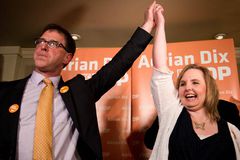 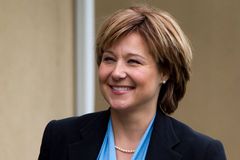 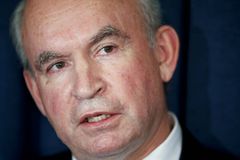 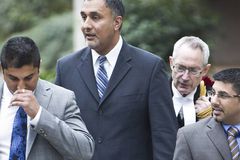 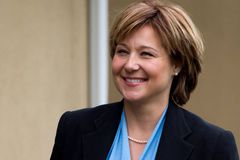