For the past few years, Bill Liu has sold homes at a steady clip, averaging four or five sales a month in Richmond and other communities in the Lower Mainland.

This year, his sales are running at about half that, as the once white-hot British Columbia real-estate market cools off. Sales are down, though prices are holding firm for the most part. The slowdown has cast a shadow of uncertainty over the direction of the market – although real-estate agents such as Mr. Liu still see some rays of hope amid the clouds.

Prices aren't likely to plummet, he said, since a mere whiff of a discount tends to draw bids from buyers waiting to pounce. "A lot of people have money," said Mr. Liu, an agent with Royal Pacific Realty in Vancouver. "They're waiting, but once they find something a little bit cheaper, they go and buy it."

And lurking in the background is the hard-to-measure influence of real-estate money from China. Buyers from China – considered a major factor in price increases in Richmond and the west side of Vancouver and West Vancouver over the past year – remain keen on the city and are scouting other neighbourhoods, including Vancouver's east side, real-estate agents say.

Ms. Hong, who recently sold a $9-million home on Vancouver's west side that includes a cavernous media room and a wine bar, said the high end of the market has slowed slightly, but less costly homes are still in hot demand.

"On the east side, every single one that is well priced goes over asking," she said, citing a Vancouver Special that sold for nearly $100,000 over the $900,000 asking price after 75 people streamed through an open house. She also works with developers who are building townhomes, priced in the $1-million to $1.2-million range, with Asian buyers in mind.

Multi-unit developments may face a different outlook. A February report from Vancouver research firms Strategics and MPC Intelligence notes B.C. is losing people to other provinces – a trend that's been linked to high housing prices – and that there is a glut of unsold condos in some communities.

"Not much attention has been paid to declining net migration or the potential impact of the deflating Chinese real-estate bubble on foreign speculation in the Vancouver condo market," says the February, 2012, Condominium Market Opportunities Report. "Both of these factors will have a negative effect on new condo sales."

In response to speculation, China in the past year or so has tightened property regulations. In Beijing, for example, would-be buyers need a permanent residency certificate from the city to buy an apartment. There are also limits on those who wish to purchase two or more homes.

Those restrictions have pushed investors to look at other markets, including Vancouver.

The tempered activity in Vancouver reflects economic jitters and a market that was "pushing the edge of the price envelope," said Tsur Somerville, an associate professor at University of British Columbia's Sauder School of Business. "I think people in general are nervous."

On the "foreign investor" front, he said, anecdotal reports don't add up to hard numbers, and he noted that some supposedly foreign investors may actually be immigrants intending to settle in Vancouver permanently.

This year's evolving real-estate picture includes a flurry of foreclosures in the Okanagan. Foreclosures there have spiked from an average 10 or 12 a month in 2009 to about 170 listed to date this year, Jason Neuman, a Century 21 agent in Kelowna, said.

As a percentage of listings, those foreclosures add up only to about 5 per cent of the market and don't necessarily put downward pressure on prices – except when it comes to multiple-unit buildings, he said. In those instances, a foreclosed listing typically forces other sellers to drop their prices.

As a recreational real-estate market, the Okanagan is competing with rock-bottom prices in places such as Florida and Arizona – the result of the subprime mortgage mess in the United States.

The same impulse that persuades some real-estate investors to buy a home in Palm Springs instead of the Okanagan could come into play in Vancouver, as international buyers look to cities such as New York, Los Angeles and San Francisco for better value than what they can find here, said Andrey Pavlov, an associate professor at Simon Fraser University's Beedie School of Business.

"I think they will eventually realize that they can get a better deal for investment in those cities, and either prices here are going to decline, or prices in New York or San Francisco are going to increase," he said.

Far from worrying about a drop in the market, Mr. Liu is already eyeing new opportunities, akin to the North Shore housing boom sparked years ago by high prices in urban Vancouver. Now, he and many others are hoping that today's prices, and the commuting convenience of the Evergreen SkyTrain expansion, will recreate the same magic in Coquitlam and other outlying suburbs. 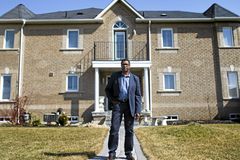 Upwardly mobile's answer to affordable housing comes with a view
March 16, 2012
Following the path to a 'balanced' market
March 16, 2012 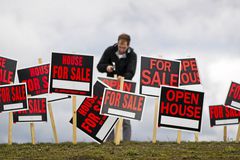