Under different circumstances, David Laing would cast his ballot for Jody Wilson-Raybould, the Liberal candidate in his new riding of Vancouver Granville. Mr. Laing, who has voted Liberal in past elections, says he is impressed with Ms. Wilson-Raybould's résumé, which includes Crown prosecutor, treaty commissioner and regional chief of the Assembly of First Nations.

But if local polls showing NDP candidate Mira Oreck in the lead hold up, Mr. Laing will likely pencil an X next to her name in this month's federal election.

"As a white male, I feel like I could certainly do a lot more to address the First Nations issues in our country. I'd love to vote for Jody," said Mr. Laing, a 32-year-old graphic designer. "However, having her as the representative for my riding doesn't really mean much if [Stephen] Harper remains in power because you know he doesn't give a rip about that stuff."

Mr. Laing is among a cohort that has vowed to vote strategically this election to defeat Mr. Harper's Conservative government. In the swing riding of Vancouver Granville alone, more than 5,000 people have signed a pledge under the Vote Together campaign by Leadnow, an independent advocacy group promoting the idea.

Nationally, more than 80,000 people had signed the Vote Together pledge as of Thursday. More than 30,000 of them are in B.C.

But to cast their ballots strategically, those voters first must determine which party has the best chance of winning – a difficult task that involves more than a little guesswork.

Where strategic voting efforts often flounder is in their dependence on national polls, which mean little at the riding level.

To address that problem, Leadnow has released local polling from more than two dozen ridings; the Dogwood Initiative, a B.C.-based environmental group, released its own riding-level polling data with a similar aim in mind.

Other strategic-voting initiatives appear to rely only on national polling or vote totals from 2011.

The Liberals and the New Democrats have also attempted to capitalize on the debate over strategic voting, with each attempting to convince voters their party has the strongest chance of defeating the Conservatives.

Jean-François Daoust, a researcher at the University of Montreal's department of political science who has studied strategic voting as part of his doctoral work, said that, since 1988, such tactical voting has accounted for only 3 per cent to 6 per cent of the total vote in federal elections.

However, Mr. Daoust expects it to be higher this election because of the close race and the length of Conservative rule.

As well, history has shown that strategic voting is higher when there is a polarizing issue.

"Here in Quebec, at least, the niqab issue has been the main topic for two weeks," Mr. Daoust said.

"If it continues that way, it might be the issue that [overshadows] complex issues like the economy and international relations. People might use this as a cue to choose a strategic option."

He cited the 1988 Canada-U.S. Free Trade Agreement as a polarizing issue that prompted Canadians to vote strategically en masse for the first time.

Formal education, level of political knowledge and gender have no effect on a person's likelihood to vote strategically, Mr. Daoust found.

Leadnow campaign manager Amara Possian notes the Conservative government was re-elected in 2011 with less than 40 per cent of the popular vote.

"The Leadnow community is basically tired of our broken democracy, where a majority of people can vote for change and still see the Conservatives win seats," said Ms. Possian.

To that end, Leadnow volunteers have been door-knocking and phoning prospective voters in dozens of crucial ridings across Canada, armed with specially commissioned, riding-level polls paid for with campaign donations.

Rachel Tetrault, a field organizer based in Vancouver, said there has been a healthy response from non-Conservative voters.

"People who are signing up with us come from different partisan backgrounds, but they're willing, this time, to vote for their second or third choice if that means we can make sure that the Conservatives aren't getting elected in this riding," Ms. Tetrault said. "But it's also so we can push for things like electoral reform so we don't have to do this in the next election." 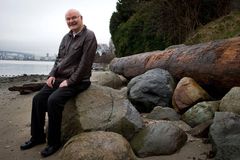 Who’s actually going to vote, and why that’s a big deal for polling
Subscriber content
October 6, 2015 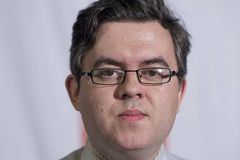