Travellers flying to or from Vancouver this holiday weekend may face significant delays or even cancellations if almost 350 unionized airport workers follow through with strike action Friday.

The Public Service Alliance of Canada issued a 72-hour strike notice Tuesday morning, warning the public to contact the airport or airlines and plan accordingly in the event of job action.

"We felt we had no choice," union representative Bob Jackson said in a news release.

The Vancouver Airport Authority "is demanding concessions but at the same time … budgeting millions of dollars per year on capital projects. Our members find this unacceptable."

The union said the airport has tabled language that weakens apprenticeship provisions in the collective agreement, and wants to create a two-tier wage system by introducing a new class of "seasonal" workers.

The notice comes a couple weeks after 83 per cent of the union's members voted in favour of a strike. The workers are members of the Union of Canadian Transportation Employees, a division of the public service alliance, and provide services in emergency response, customer care, passenger loading, runway maintenance and lighting, general maintenance and administration.

Union spokesman Dave Clark said the main issues are what the union considers concessions that the airport wants in a new contract, particularly around wages for trades people and procedures for contracting out work.

An airport spokesperson said the facility will be fully operational this weekend, even if a strike goes forward.

"We don't anticipate any strike-related delays over the weekend," Anne Murray, vice-president of community and environmental affairs, said in an interview.

"Federal regulation requires a maintenance of activities agreement, which we reached with the union, which specifies essential roles that will be filled during any strike," she said.

Ms. Murray said the airport is continuing to pursue an agreement.

"We've put forward a number of proposals and counter-proposals looking at wages and other topics" since April, she said. "We really want to work towards a fair and equitable solution for both parties."

In Mr. Clark's assessment, the union and the airport are still very far apart.

"This contract came up on December 31, [2012] and we haven't gone anywhere. They're continually trying to push their rollbacks, and we're not a group that's willing to take those rollbacks, so we've kind of been stumped."

Since the strike vote, Mr. Clark said the sides "haven't had any talks on the collective agreement," but two meetings with a federal mediator are scheduled for Wednesday and Thursday.

"If a deal's not done, then unfortunately our members are going to enforce it by walking the line."

Mr. Clark said that of the approximately 340 members affected by the strike, a dozen people will stay on the job.

"It's a skeleton, skeleton crew," he said, noting that strikes at other airports, such as in St. John's, N.L., and Fredericton, caused flight cancellations and delays.

Traveller Stephen Dyrgas said he is flying from Vancouver to Calgary next week to visit his family, and he's worried the strike might affect his plans.

"It's been awhile since I've seen [my family], so obviously I've taken the time off work, I've booked my flights, I'm ready to go," he said. "So if it's gets disrupted in any way it's gonna be certainly a big inconvenience."

"I'm not sure what the airlines do in situations like this, whether they reimburse people or if they try to find other arrangements," he said. "I would probably have to end up cancelling my trip, obviously, if there were no flights or if they were disrupted in such a way that there were long delays."

A spokesperson for WestJet Airlines Ltd. said in an e-mailed statement that the airline continues to operate normally in light of the notice, deferring questions about what would happen in case of a strike to the airport authority.

Mr. Dyrgas said he is hopeful that an agreement will be reached.

"Obviously they've got some leverage, the union does, with it being a long weekend," he said. "I think everybody will probably, hopefully, realize how critical the situation is, and maybe they can get things resolved so that nobody's really affected." 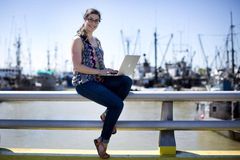 updated
Vancouver airport workers vote in favour of job action, could walk as soon as Labour Day
May 11, 2018 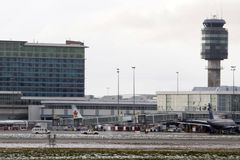 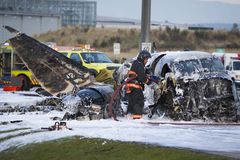 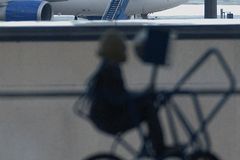