When she returned to Vancouver from a disastrous trip to Bangladesh in 2011, Rumana Monzur looked beaten. She spoke to reporters at Vancouver International Airport from a wheelchair, her eyes – blinded in an attack by her then-husband – hidden behind dark glasses and her head bowed, tears streaming down her cheeks.

On Wednesday, Ms. Monzur was transformed: She was celebrating her graduation from the Peter A. Allard School of Law at the University of British Columbia, surrounded by friends and family members and wearing a blue dress and strappy heels, basking in spring sunshine and the glow of having fulfilled a dream.

The contrast highlights a remarkable comeback from a devastating assault that generated international headlines, triggered rallies against domestic violence and galvanized support from UBC and the broader community.

Ms. Monzur, 38, gave credit to her friends and to UBC's Access and Diversity department.

"I always had my friends with me – they never left me alone," Ms. Monzur said after her graduation ceremony.

"I guess my blindness gave me a filter – so only people with good hearts were able to connect with me."

Her family, including her young daughter, stayed in Dhaka after she enrolled in UBC.There had been tension between the couple over Ms. Monzur's studies and that tension erupted in an assault in Bangladesh, she says. He gouged her eyes and bit her nose, where she still bears a scar.

Four operations in Vancouver failed to restore her sight.

The husband died in a Bangladeshi prison in December, 2011.

The attack generated headlines around the globe. UBC set up a website to collect donations to help with medical and living expenses.

Growing up, Ms. Monzur had refused to play childhood games that involved being blindfolded; she hated not being able to see, even for a second.

"When I became blind, I never realized I would be able to live like this – but look at me now. The past six years, I have lived as a blind person. You never know what you are capable of until you are pushed into a corner."

Ms. Monzur's academic ambitions have tested her and UBC's support systems for students with disabilities.

Volunteer readers at UBC's Crane Library confessed to her after the fact that they had nearly fallen asleep reading some of the dry legal material.

Other course material was recorded on CDs she could listen to at home.

She has thought about a guide dog but so far, hasn't pursued that possibility. She's allergic (although she has been told that hypoallergenic breeds are available) and finds the notion of a guide dog a little daunting, worrying that she wouldn't have the time it takes to make such a partnership work.

For now, she relies largely on friends and HandyDart, a transit service for people with disabilities.

Her family is immensely proud.

When she finished her master's degree and said she wanted to go to law school, they asked, gently, whether she might consider something easier, her brother Mashrur Hossain said.

She was having none of it, asking her brother, "what if I get bored?"

"It's amazing – obviously it feels great, to be part of the whole thing … but it's probably the best possible outcome that could happen," said Mr. Hossain, a technology entrepreneur who lives in the Netherlands.

During law school, Ms. Monzur received the Hilda Janzen Memorial Award, an $18,000 annual award for students who have good academic standing, have demonstrated leadership and community involvement in feminist and legal issues, and who face financial or systemic challenges.

She also won the $500 DLA Piper (Canada) Prize in Natural Resources Law, given to students who achieve high academic standing in certain courses.

She worked at DLA Piper last summer and will article there beginning in September.

She spoke at her graduation ceremony, using the opportunity to thank the people who helped her find a sense of direction when she was totally lost.

In the last year, she has also spoken at public events, including a Big Sisters' fundraiser for a mentors' program, and been interviewed on the topic of violence against women.

She wants to share a story – of hope lost, and found.

"I think the most important thing is finding your inner strength … my advocacy will include everyone, not only women – I want it to be universal. Everyone should remember, their lives are worth living." 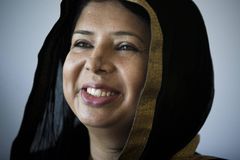 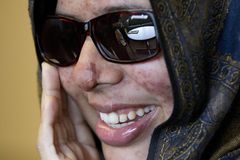