The study, published in this month's Bulletin of the Seismological Society of America, analyzed 676 earthquakes that occurred between October, 2014, and December, 2015.

Honn Kao, a Natural Resources Canada seismologist and one of the authors of the study, in an interview said the risks created by such earthquakes should not be ignored just because the magnitudes have been relatively small.

In fracking, fluids are injected deep underground to shatter rock and release trapped oil and natural gas. The controversial practice created an energy boom in North America but also raised concerns about groundwater contamination and increased seismic activity. In northeastern British Columbia, the number of earthquakes jumped from about 20 a year in 2002 to nearly 200 by 2011. Most have been small and might never have been detected if not for new recording devices placed in the region by government, industry and regulatory bodies.

In December, 2015, the B.C. Oil and Gas Commission found a 4.6-magnitude earthquake in northeastern British Columbia earlier that year was caused by fracking. It was the largest induced seismic event ever recorded in the province.

The commission has said induced seismicity is "an event resulting from human activity" that "can be caused by industries such as mining and natural gas development."

The study published this month found the earthquakes typically occurred above the area where fracking was taking place.

"Because most of the earthquakes induced by injection are relatively shallow, compared to tectonic natural earthquakes, given the same size, you would expect larger shaking close to the epicentre area," he said.

"So, in other words, if this kind of event occurred in a populated area, then the level of shaking … can possibly exceed the damage threshold of structures."

A Natural Resources Canada spokesperson said Canada is the fourth-largest producer of natural gas in the world and the study will help inform policies, and ensure resources are developed safely and sustainably.

A spokesperson for Progress Energy, a unit of state-run Petronas of Malaysia, in a statement wrote it could not comment on the study because it had not had time to review the findings.

"The use of hydraulic fracturing for oil and natural gas activities is a highly regulated, safe and proven production technique that has been used in Canada for more than 60 years," the statement read.

"Since 2012, Progress Energy has completed more than 3,400 hydraulic fractures without any incident of injury or property damage. As part of our commitment to safety, Progress Energy has installed 17 localized seismograph arrays in our operating areas to monitor potential occurrences of induced seismicity from our activities."

Data collected by Progress Energy was used in the study. The company has said it followed regulations after the 2015 earthquake and stopped operations as soon as the magnitude was known. The quake was large enough for pickup trucks and power poles at the drill site to shake and sway.

The B.C. Oil and Gas Commission declined to comment on the study, saying it will "remain impartial" while the province is in an election period.

In a fact sheet published in December, the commission said its studies in 2012 and 2014 led to increased seismic monitoring and strengthened regulations.

Research published in March of last year in the journal Seismological Research Letters also found a connection between fracking and earthquakes along the British Columbia-Alberta border. That research looked at 12,289 fracking wells and 1,236 wastewater wells. It linked 39 fracking wells and 17 wastewater disposal wells directly to several earthquakes of magnitude-3 or larger.

Although only a small percentage of wells caused earthquakes, those earthquakes accounted for more than 90 per cent of the magnitude-3 seismic activity in the region over the past few years. 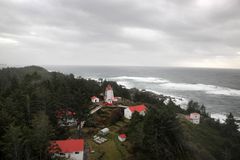 Health officials urge caution after ferry spills gear oil into Kootenay Lake
April 17, 2017
Follow Sunny Dhillon on Twitter @TheSunnyDhillon
Report an error Editorial code of conduct
Due to technical reasons, we have temporarily removed commenting from our articles. We hope to have this fixed soon. Thank you for your patience. If you are looking to give feedback on our new site, please send it along to feedback@globeandmail.com. If you want to write a letter to the editor, please forward to letters@globeandmail.com.
Comments