Gregor Robertson kicked off his party's election campaign by saying he will fight for a Broadway subway, unlike his main opponent, who the Vancouver Mayor says is a flip-flopper with only lukewarm enthusiasm for the much-needed east-west line.

But Mr. Robertson's party can't build the $3-billion line on its own and the mayor's relationships with other governments are so bad that the city is unlikely to get money from them, Non-Partisan Association mayoral candidate Kirk LaPointe said in response.

Both agreed on one thing: That there's a clear choice in front of Vancouver voters Nov. 15.

But to get to that point, voters will have to wade through a large pile of accusations and counter-accusations between the two main candidates. The Broadway subway is only the start.

Mr. Robertson's Vision party is working to paint Mr. LaPointe as an inexperienced candidate who isn't even sure what his party will do if it gets control of council. And, once he figures it out, Vision says, it won't be pretty.

"Go forward with Vision or be dragged backwards with the NPA," was the slogan Mr. Robertson used to wrap up his media appearance Thursday.

To that end, Vision has sent out news releases repeatedly portraying Mr. LaPointe, a former journalist but a newcomer to politics, as someone whose lack of city knowledge is leading him to take contradictory positions on controversies such as the Arbutus corridor and the Point Grey bike lanes.

Mr. LaPointe has appeared to feel his way through some issues – first saying the city shouldn't be throwing money at CPR to buy the Arbutus rail line, and then saying the city hadn't negotiated fairly with the railway – or to be unaware of what his political colleagues had said about issues before he came on board in the spring.

He argued that the NPA hasn't said it will tear out the newly built Point Grey Road bike lane, even though Councillor George Affleck said exactly that in January. Since then, Mr. LaPointe has modified the NPA's position to say the party will review the bike lane if it gets control of council in November.

Mr. LaPointe says the Vision attacks are just attempts to shift the public's attention away from its own record.

"When in doubt, accuse your opponent of changing position or being fuzzy or being unclear. That's how they roll. They'll assassinate your character in order to take attention away from the fact that they haven't managed the city well."

He argues Mr. Robertson is making it sound as though the subway line is imminent when it's at least eight years away – if a Vision council could even muster the huge financial support needed for it.

"I don't hear any provincial minister or federal minister saying, 'As soon we get the design, we're on board.' I also see things that I believe are alienating other levels of government" – things like Vision's opposition to an expanded Kinder Morgan oil pipeline and more tanker traffic in the Vancouver port.

On the Broadway subway, Mr. LaPointe said he's been clear that a subway, rather than a streetcar, is the way to go because it's "the biggest solution."

But he said Thursday, "I'm pessimistic that Vision Vancouver can deliver the plan it says it can."

At the moment, no city in the region has any provincial or federal support for any transit improvements. There has been no word yet on what, from a very long national list of requests, the federal government will select for funding from its $14-billion community infrastructure fund announced last year. 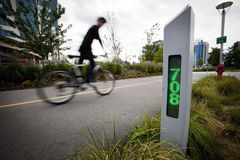 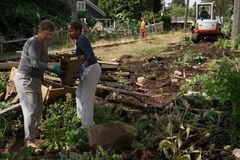 Keeping out of the mud is harder than the NPA would have you believe
August 17, 2014 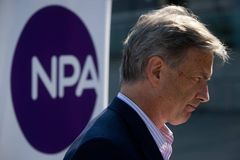