The fate of a condo project in Vancouver's Chinatown that was rejected by the local planning board after it became a flashpoint in the debate about gentrification and development has taken another abrupt turn after the city issued a legal opinion saying it can't hear a long-planned appeal about it.

The unexpected ruling prompted opponents of the Beedie Living project at 105 Keefer St. to declare it all but dead, though the company hasn't said how it will respond, including whether it could head to court next.

The city's board of variance, which hears appeals on development and permitting issues, issued a ruling late last week that said its legal consultants determined the board doesn't have the right to hear arguments about the Chinatown condo project planned by developer Ryan Beedie's company and it has cancelled a hearing planned for this Friday.

"The board considers that it does not have the jurisdiction … to exempt the appellant from the requirement in s. 4. 17 of the HA-1A zone that the design of a building be approved by the development permit board," said the legal letter. The decision thrilled and startled groups that have been fighting the project for years.

"We were surprised," said Nathaniel Lowe, one of the representatives for the Chinatown Action Group, which has been fighting the project. "But it's definitely a good thing. This is definitely to me a nail in the coffin for the Beedie vision."

Mr. Lowe said his group, which has a protest planned for Monday in front of the Beedie company's downtown offices, will continue to push to get Mr. Beedie to agree to sell the property to the city for a reasonable amount, so that social housing that rents for welfare rates can be built there.

Beedie Living has issued a statement saying only that it has just received the notice and is reviewing it.

Some expect that the company will go to the B.C. Supreme Court as a next step.

The nine-storey condo project, planned for a vacant lot in Chinatown across the street from the Dr. Sun Yat-Sen Classical Chinese Garden, has been through a roller coaster for five years.

Beedie Living bought the land and came up with the condo proposal after the city changed the zoning in Chinatown to allow some taller buildings on streets away from the historic Pender Street strip.

While three other buildings got approval from the city, the Beedie project became the focus for widespread opposition that came to include former city planners, various community groups, and some – though not all – traditional Chinatown business and family-society organizations.

Opponents said the site was a key piece of land that was part of the gateway to Chinatown. Some said it just needed a better design, while others argued it should never be permitted as a condo project, pushing for social housing instead.

The design was turned down by the city's urban design panel several times. Once accepted, the project went to Vancouver city council, where councillors split within their own parties on whether to accept a proposal that would allow the building to go to 120 feet if it included 25 units of social housing.

The majority voted against it. The project was then scaled back to 90 feet, with no social housing, and went to the city's development-permit board, where Vancouver's three top bureaucrats voted 2-1 against it. It was the first time in the history of the board, which was created in 1974, that a project was rejected outright.

Representatives from Beedie Living were shocked by the decision, saying that they had received every indication up until that day that city planners were in favour of their project.

Staff had recommended that the board approve the project, although with a long list of suggested design changes, particularly related to making the building appear less bulky.

The city's chief planner, Gil Kelley, invited the architects and managers of the project to work with the city on improving the design. However, the company chose to file an appeal instead. 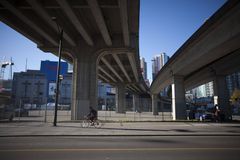 Vancouver searches for ways to preserve ‘legacy’ businesses in Chinatown, other areas
December 10, 2017 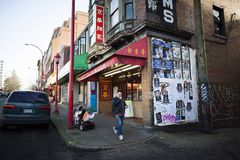