The Surrey school district says it expects to receive about 300 more Syrian refugee students in the coming months, nearly matching its total from the last school year, and some of its schools are not as full as people might think.

Doug Strachan, a Surrey Schools spokesman, said the district expects about 300 more Syrian refugees from now through December. It expects about 1,000 more students this year in all, raising its total to more than 71,000.

He said that's "on the high side" when it comes to annual growth, but the district has experience incorporating new students.

"There's likely a perception that we're full right across the board, but we're not," he said in an interview. "We have primarily three areas of our district that are considerably overcapacity.

Mr. Strachan said when it comes to refugee families, the district is working with social service agencies to identify schools that have space.

He said additions were built to three schools last year, and a new secondary school is expected to open in September, 2018.

Mr. Strachan noted the provincial government announced a plan in May to create 2,700 new student spaces in Surrey. The province is contributing $74.2-million to the plan, while Surrey Schools is paying $25.3-million.

In Vancouver, enrolment this school year is expected to remain at about 50,000 students, said Vancouver School Board chair Mike Lombardi.

"Our declining enrolment has pretty well flattened out. This year we're projecting pretty well the same population as last year in terms of students," Mr. Lombardi said in an interview.

He said Vancouver received 42 Syrian refugee students last year – a total well behind Surrey and one Mr. Lombardi linked to the high cost of housing in his city.

"I think the main reason why our numbers are where they are is because of housing affordability," he said.

"… We may have a few more [refugee students] but I don't think that number will increase dramatically because of the housing concerns."

British Columbia's Ministry of Education wrote in a statement the number of students in the public school system is expected to increase provincewide by approximately 2,900 students this year, bringing the total to 529,000.

The ministry said a one-time count of Syrian refugee students in May indicated 604 were enrolled in B.C. public schools.

It said an additional 388 refugee students are expected to be registered in B.C. public schools in September.

Mr. Strachan said of the 300 refugee students expected in Surrey schools by the end of December, most have likely already been to the district's welcome centre. The centre offers language services, school orientation and information about the community.

The ministry said all eligible refugee students requiring language-learning supports will receive them.

"We will make sure our updated refugee guidebook and fact sheets in Arabic and Kurdish are available to help teachers and schools prepare to welcome students from refugee backgrounds," it said.

"The ministry will continue to meet regularly with our education management partners on those items which impact education in B.C., and continue to share information on refugee settlement as it becomes available from the Immigrant Services Society of B.C."

Syrian refugees in Surrey transition from conflict to the classroom
May 16, 2018 Kurdi family settles into life in Canada, but still no luck finding a home
May 16, 2018 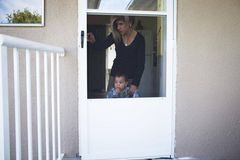 Study: Iraqi refugees who came in Harper years fared worse than others
May 16, 2018 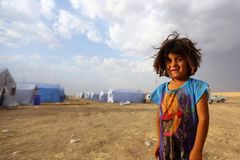