Authorities in British Columbia are anxious to bring a Netherlands resident to a Canadian courtroom on cyberbullying charges in a teen suicide case, but legal experts say it's unclear when or even if they might get the chance.

The suspect faces Canadian charges including child pornography, extortion, criminal harassment and Internet luring in the case of Amanda Todd. The 15-year-old killed herself in 2012 after posting a video online telling a story of being harassed relentlessly.

B.C.'s justice department said last week that it will ask the federal government to request the extradition of the 35-year-old Dutch suspect, who also faces charges in the Netherlands in connection with an international investigation.

However legal experts are divided on the chances of extradition, and all agree it will be a complicated process.

"An extradition request is biting smoke on this one," said Richard Kurland, a Vancouver immigration lawyer. "It's not a coin-toss – the coin's not coming out of the wallet to be tossed."

The province's application won't get off the ground unless Canada's criminal code is changed, Kurland said in an interview.

In order to extradite the suspect, Kurland said Canada must prove the Dutch resident is charged with an extra-territorial offence – a term referring to crimes outside of Canada involving Canadians.

It also includes sexual offences against children, but Kurland says the law is written in a way that allows Canada to prosecute Canadians who commit sexual offences abroad, but fails to bring foreigners to account.

It could be a huge hole in the law, Kurland said.

"I don't think this request from B.C. is going to get out of the Department of Justice's inbox."

Michael Klein, a Vancouver criminal defence lawyer who has worked on extradition cases, said Canada may seek extradition if the suspect committed a crime against a Canadian that is considered an offence in both Canada and Holland.

"It doesn't have to be completely superimposable," said Klein. "As long as there's something equivalent to it, we don't have to have the same language."

Since the Netherlands likely recognizes the Canadian charges, Dutch authorities would probably entertain an extradition request.

David MacAlister, a Simon Fraser University criminology professor, says another issue that could come into play is double jeopardy, the principle that a person can't be tried for the same crime twice.

For example MacAlister said, the suspect is facing child pornography charges in both countries and he can't be tried in Canada on that offence if he is tried on it first in the Netherlands.

The investigation is said to involve a number of countries and they will also likely seek the suspect's extradition, MacAlister said.

Dutch justice officials said last week that the accused is thought to have victimized dozens of girls in the United Kingdom and the United States.

This means that multiple countries may have overlapping charges against the accused, making double jeopardy even more likely, MacAlister said.

It's unclear where Canada would stand in this lineup, so it's uncertain if it will get a first shot at prosecution, he said.

Canada may ask other countries to defer their extradition application based on the high-profile case of Amanda Todd, but they are not required to do so, MacAlister said.

It's also possible that Canada will defer to other countries that have harsher penalties for the accused's crimes in order to try to obtain the maximum punishment, he said.

"American penalties are often higher than the Canadian penalties, so oftentimes Canada is okay with the Americans taking jurisdiction," MacAlister said.

B.C.'s Ministry of Justice continued to remain tight-lipped about the extradition, only acknowledging that the process will be long and complex.

The federal justice department did not immediately respond to a request for comment on the Todd case. 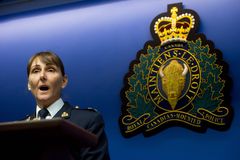 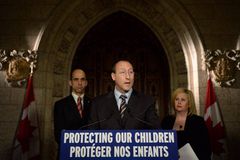 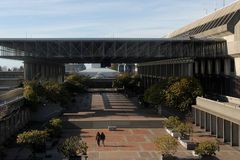 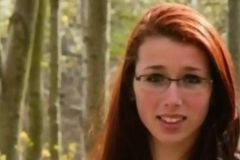