Emily Grant was homeless for around six years, often sleeping in back lanes and abandoned cars and spending up to $300 a day to support a heroin and crack cocaine habit.

Like her homeless addicted friends, she raised the money to buy drugs any way she could. Most of her money came from prostitution. Her friends also turned to drug dealing and theft.

Ms. Grant, 28, now lives in an apartment, no longer works as a prostitute and is staying away from narcotics. Some of her friends have also moved off the street and away from crime, a trend reflected in statistics released earlier this week on crime in Vancouver.

Crime rates, driven mostly by addicts looking for money to buy drugs, have dropped significantly in the city over the past five years. Property crime has dropped by 29 per cent since 2007, while violent crime has declined by 12 per cent.

A chronic offender program that includes efforts to providing housing and drug treatment has made a difference, Vancouver Police Chief Jim Chu told the Vancouver Police Board. Ms. Grant echoed his words, saying she believes repeat offenders will not change without measures to deal with their addiction.

Her friends find shoplifting "incredibly easy," she said over a chai at a coffee shop in East Vancouver. Occasionally they are caught, but they just laugh at how police and the courts respond.

One of her friends got a three-month sentence on his sixth offence. He came out of jail and went right back to doing the same thing. "He had to, to support his [drug habit] He knew no other way," she said.

Without hearing about statistics, Ms. Grant knew from the buzz on the street that break-ins had dropped off. Police in the past few years have been responding to break-ins much faster in Vancouver, making it difficult to flee before the cops arrive, she said.

"I heard people who do them say it is very difficult to do them in Vancouver. You have to go out to the outskirts, like Langley or Abbotsford," she said.

Ms. Grant also knew firsthand what Mayor Gregor Robertson says – that providing decent housing to the homeless can be a step toward reducing crime. Ms. Grant got her apartment through At Home/Chez Soi , a national, $110-million project on mental health and homelessness.

"It's a one-bedroom with a full bathroom and full kitchen, a dishwasher, a garburator. I have large closet space, it's just like a regular apartment," she said. "This … is just so amazing. It is helping so many people, and everything else blossoms from there."

Chief Chu sat next to Mr. Robertson at the police board meeting earlier this week. He appeared pleased to hear board members praise the work of the department based on the most recent crime statistics.

The Canadian Centre for Justice Statistics has reported that Canada's crime rate is at its lowest since the early 1970s. But B.C. has one of the highest crime rates, with 8,404 incidents per 100,000 people, almost double that of Ontario and Quebec. The national average is 6,145 incidents per 100,000 people. Vancouver remains more dangerous than other major Canadian cities.

"We're heading in the right direction," Chief Chu told the police board. "The good news is [the crime rate in Vancouver is]dropping faster than any place else in Canada. The not-so-good news is we are still higher than the Canadian average."

Interviews with police, criminologists and the Downtown Vancouver Business Improvement Association turned up several explanations for the significant drop in Vancouver's crime rates: effective policing, changes in society and better housing for the homeless.

Chief Chu talked about the department's chronic offender program that shifts the focus from the crime to the criminal. Detectives prepare extensive biographies of offenders, listing every contact with police, the courts and the penal system. Personal histories, which also include information about an offender's drug addiction and mental health, are sent to Crown counsel and the courts before sentencing, along with victim impact statements and a listing of social services that are available.

When chronic offenders are out of jail, a detective will sit down with them and ask what they need to stay away from crime, Chief Chu said. "We say, what can we do to get you out of this lifestyle – housing, treatment, anything we can do," he said.

Unlike cities with lower numbers, crime rates in Vancouver are driven by repeat offenders who are likely addicted to crack cocaine or crystal meth, and stealing to get their fix, Chief Chu said after the board meeting.

Vancouver has more of those individuals than anywhere else in Canada. They sell stolen goods for 10 cents on the dollar. "Add up how much they have to steal in order to feed that drug habit," he said. "When we take a chronic offender off the street, we can see a noticeable reduction in crime," Chief Chu said.

At Home/Chez Soiis a five-year experiment in five cities sponsored by the Mental Health Commission of Canada. The project in Vancouver is looking at what needs to be done to help homeless people who are coping with a drug addiction and mental health issues.

It provides housing first. Once a relationship has been established, the homeless are offered a range of social services to help with substance abuse and mental health issues. Among the research that is underway is a study on whether housing, and the services that go along with that, have an impact on crime involving homeless people, both as victims or perpetrators. Results are expected by the fall of 2012.

Ms. Grant already knows the answer. "Being inside makes a big difference. … When you are living on the street, it is so depressing. You want to be constantly high to get away from the horribleness of your reality," she said. "But when you are in a home, it is so much easier to cut your drug use down."

Mr. Grant said she eased off drugs after she moved to her apartment and has been clean for over a year. She is now working on completing Grade 12 and hopes to do a course on drug and alcohol counselling. "I feel ecstatic," she said. "I wake up every morning and I feel thankful that I am indoors." 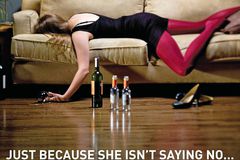 Vancouver crime rate plummets with help
May 11, 2010
Follow us on Twitter @GlobeBC Opens in a new window
Report an error Editorial code of conduct
Due to technical reasons, we have temporarily removed commenting from our articles. We hope to have this fixed soon. Thank you for your patience. If you are looking to give feedback on our new site, please send it along to feedback@globeandmail.com. If you want to write a letter to the editor, please forward to letters@globeandmail.com.
Comments