Even Winnie the Pooh would have trouble disposing of all the sweet spoils from a recent honey heist.

Police in Abbotsford, B.C., are searching for sticky fingers after more than 3,500 kilograms of honey, 500,000 bees and 100 hive frames were pinched from a local beekeeper at some point between July 7 and 26. Police put the overall value of the stolen products at roughly $100,000.

According to Constable Ian MacDonald, the theft was likely made by someone familiar with the industry – perhaps a rival beekeeper who could put the equipment to use.

"I would be more inclined to suggest that they're not looking to, pardon the pun, liquidate the honey immediately," he said. "The thieves were meticulous in their extraction of all of the equipment including the hives."

He added that the thieves could have spared themselves the hassle of dealing with half a million angry bees and stolen just the honey if they were simply looking to make a quick financial return.

But with the additional bees and frames, an existing producer looking to complement their resources could produce an extra $30,000 to $50,000 in honey revenue a year.

"I don't believe this was a quick 'let's go get it, let's sell the honey,'" Constable MacDonald said. "There was way more thought placed into this."

The equipment required to pull off such a caper may have been significant. Constable MacDonald speculated that the hive frames may have been placed into a temporary structure, then transported on a flatbed truck. But even lifting the honey-laden frames would not have been easy.

"You can just imagine the weight of some of these large hives," he said. "They probably needed a forklift."

Police did not identify the victim of the heist, though they did say he was 76 years old.

Stan Reist, the president of the British Columbia Honey Producers' Association, said that depending on what kind of setup the beekeeper was using, a theft of this size could have been easier than it seems.

Mr. Reist said an experienced beekeeper could fit 100 hive frames into a pickup truck or van quickly and inconspicuously.

"Who's gonna question him? He's in a bee suit, he's in a bee yard, he's a beekeeper," Mr. Reist said. "Moving beehives is nothing."

He said transporting the 500,000 bees would have been easy, because they stay close to the frames. When the thieves brought the frames back to their own hives, they could simply drop them in place and nobody would know they had been stolen.

The bees were being kept on a tree-lined property on Abbotsford's 0 Avenue, located next to the U.S. border. They had been pollinating nearby blueberries, and were stolen just before honey harvest when their yield is highest.

"I would think it's an inside job," Mr. Reist said. "It has to be someone who really knows something about bees."

It was not the first time the beekeeper's hives were targeted by thieves. Two weeks ago, he lost another $4,000 of products from another location. But bee thefts are rare, Mr. Reist said – and can be costly.

Abbotsford is no stranger to odd farm-related crimes. Two years ago there was a series of pigeon, goat and sheep thefts that had investigators scratching their heads.

But once police traced some of the stolen animals back to a crime ring that was stealing livestock across the Lower Mainland and selling it at auction, incidents of local farm thefts plummeted.

Honey leaking from ceiling leads to discovery of 80,000 bees inside Ontario home
July 30, 2012 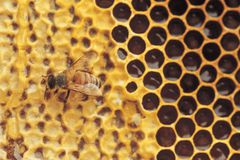 Facts & Arguments
The social life of bees and humans
July 5, 2012

Can a locavore dream of public produce come true?
July 7, 2012 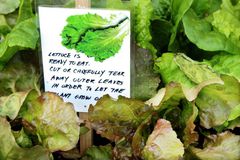