Any plan to pay for transit through road pricing will fail if it doesn't remove some existing taxes, say mayors leading the effort to find a solution within three months to the current impasse over transit funding.

"You have to very clearly position road pricing as a new way of funding and not an additional tax," said Richard Walton, the chairman of the TransLink mayors' council.

Mr. Walton is talking about a system that could see drivers pay for roads and transit through a new system of distance charges, zone charges, tolls, or other mechanisms that other cities around the world are using.

"You've got to take some things away – get rid of the gas tax, get rid of the additional property tax – and shift it to a fair and equitable system."

The question now for the region's mayors is what would that system look like and how long will everyone who needs to agree – politicians at all levels, business, citizens – take to get there.

The mayors' council voted Thursday to try to work out at least the first definitive steps of a solution with the province by Jan. 31 for a better mechanism to fund the Lower Mainland's $1.36-billion transit and road system.

If they can't do that, according to the motion put forward by Vancouver Mayor Gregor Robertson, then the mayors will rescind a temporary property-tax increase that they had agreed to earlier and force TransLink to use its reserves to pay for improvements that were supposed to start in 2013.

There's been a standoff between the province and mayors for the past year over how to cover the $30-million-a-year shortfall for those improvements. And that standoff is just the latest in what has been years of tussling over how to pay for big expansions in regional transit, ever since the Lower Mainland got its own transportation authority, TransLink, in 2000.

The mayors have been pressing the province to give them revenue tools besides what they have now – property taxes, gas taxes, parking taxes and fares.

The province has turned down every alternative so far, from a new-vehicle levy to a regional carbon tax. For the past year, various transportation ministers and the Premier have insisted the money can be found by making TransLink more effective. Or they have suggested that the mayors could cover the shortfall through the temporary property-tax increase without burdening local taxpayers too much.

While that tug-of-war has been going on, TransLink and the province have also been looking behind the scenes at a huge variety of revenue mechanisms.

But both Ms. Watts and Mr. Walton say that it is unlikely the province, TransLink and mayors could settle on the ideal mix by Jan. 31.

"There's a massive shift in public opinion that has to take place," said Mr. Walton. "If you're going to have this kind of policy shift, you have to do it differently from the HST." He said the problem right now is that people believe that every transit expansion costs them money directly but that provincial road costs, which are mostly paid for by tax dollars from the province's general revenues, are free.

"You can't change that perception in 90 days," he said.

Ms. Watts also noted that there are so many different options in road pricing – about 20 different mechanisms are used worldwide – that it will take time to figure out what would work best for the Lower Mainland.

What the two are hoping will happen by Jan. 31 is the province and mayors can at least agree on a firm process for figuring out how to go through public consultations and a decision about a road-pricing system. 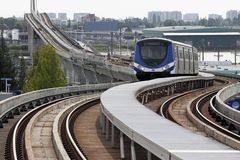 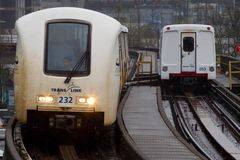 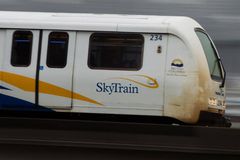