A $100-million treatment plant that is a key piece of Teck Resources Ltd.'s plan to address a selenium pollution problem in British Columbia's Elk Valley has been taken off line because of a fish kill.

In a statement, Teck says the Line Creek plant, which went into operation in July, temporarily shut down "as a precautionary measure" while technicians try to figure out what went wrong.

Teck states a problem was first noticed Oct. 16 when "fish were found deceased in the area of the water-treatment facility."

A total of 45 fish were found dead near the plant, which was built as part of a $600-million, five-year plan to address the pollution threat to westslope cutthroat trout and other aquatic life in the Elk Valley.

Environment Canada recently reported selenium levels are so high in the Fording River that trout are hatching with deformed gills, fins, jaws, spines and craniums.

Teck's statement says the cause of the Line Creek fish kill isn't known at this time.

"While the investigation into this incident is ongoing, the startup process of the water treatment facility – recently installed to reduce selenium in water – may potentially be related to the incident," says the statement released by Nic Milligan, manager of community and aboriginal affairs for Teck.

"It will now be necessary to decommission, then restart and recommission the water-treatment facility. This will allow for enough time to fully understand the cause of the incident and implement any mitigation measures that may be required. As a result, full operation of the water treatment facility is now not expected until early 2015," it states.

"We take this incident very seriously and are actively working to determine the cause," said Mr. Milligan. "We are committed to taking the steps necessary to ensure water quality and aquatic health is protected in the Elk Valley for the long term."

In an e-mail, Chris Stannell, senior communications specialist with Teck, said it takes a long time to stop and restart the facility.

"Because the plant uses a biological process, it requires a longer timeline to prepare the biological reactors and regenerate the biomass following restart," he states.

Mr. Stannell said despite the setback, Teck has not lost faith in the relatively new system.

"We are confident that this water-treatment-plant technology and the other components of our Elk Valley Water Quality Plan are an effective approach to addressing selenium levels in the Elk Valley," wrote Mr. Stannell.

Selenium is a mineral element found naturally in most soils. It is being released in levels dangerous to aquatic life in the Elk Valley by huge piles of waste rock produced in a century of coal mining near Fernie, in southeast B.C.

Teck, which operates five coal mines in the valley, has been working with the B.C. government, local communities and First Nations on a plan to mitigate the pollution problem. That plan is currently before the province for review.

Environment Canada has been investigating the selenium problem and reports obtained recently by The Globe and Mail show levels in the Fording River are so high it's toxic to fish eggs, causing a reduction in reproductive output of about 180,000 fish each year.

The selenium problem is not thought to pose any human health risks, although the small mining town of Sparwood recently had to temporarily close one of its drinking-water wells because selenium levels exceeded drinking-water standards.

"There's no risk and certainly no health effects at the current levels of selenium in the water," said Rob Parker, Medical Health Officer for Interior Health. "I think what we want to ensure is that the release levels … both for groundwater and surface water, are mitigated so it doesn't become an issue."

OPINION
Elk Valley watershed: Why has this unfolding disaster been ignored?
October 19, 2014 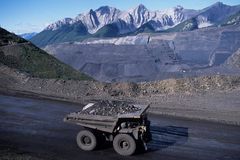 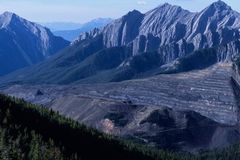 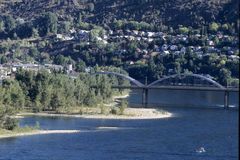