So you're going to TED. You've dropped the $7,500 (U.S.), your application has been vetted and approved, and you are preparing to be wowed in 18 minutes or less by the likes of Bill Gates, Sting and Chris Hadfield. Given the impact TED talks have demonstrated since they moved online – 1.9 billion views and counting – you are probably in for a life-changing week of information, inspiration and high-powered networking.

But even if most Vancouverites can't shell out big bucks, the TED conference coming to town next week is a big deal.

The Olympics it ain't, no matter the gleeful hype, but it's a very high-profile event that brings with it not only a long list of A-list speakers and attendees, but also the impact of producing content that will be watched online by knowledge-seekers the world over, over and over again.

This year is a big one for TED (Technology, Entertainment, Design). Beyond the move to Canada, it is marking its 30th anniversary of offering up short talks (not speeches), in a now-familiar format: no podium, headset mic, sharp-casual-dressed genius doing the stage walk, while the well-heeled crowd expresses quiet astonishment at delightful facts. The "ideas worth spreading" – TED's motto – cover a wide range. Recently posted talks offer everything from a 50-cent microscope that folds like origami to "the surprising science behind how animals get it on."

Stars have been made at TED – Sir Ken Robinson with his talk on how schools kill creativity (25.5 million views); Jill Bolte Taylor with her "stroke of insight" (14.9 million).

Love it or hate it, TED has become a powerful cultural phenomenon.

There are several TED conferences as well as the affiliated TEDx off-shoots, but the main event is the annual gathering held for the past five years in Long Beach, Calif.

It was a remarkable period of growth for TED, its global brand skyrocketing. But last year, TED announced it would move to Vancouver for at least the next two years.

"I'm a believer in continuing to dream and imagine, and imagine new possibilities," TED curator Chris Anderson told The Globe and Mail in a recent interview, on the phone from New York, where TED is based.

Why Vancouver? "When you meet for an event like TED, you want to meet in a place that's beautiful, inspiring, interesting and has the kind of facilities that you need to make a great TED experience work. And for Vancouver, it was kind of check, check, check, check, check and check."

Persuading TED attendees to come north for the conference was not a problem, Mr. Anderson says – although the $3,750 TEDActive event in Whistler, with simulcast talks and other activities, didn't sell out until recently. But there were other challenges, chief among them the need to create a custom-designed-for-talk TED theatre built to fit inside the Vancouver Convention Centre.

The pop-up theatre is designed to accommodate 1,200 people without losing the sense of grand intimacy that is part of the TED experience; Mr. Anderson likens it to storytelling around a campfire. The theatre is constructed from thousands of laser-cut pieces of locally harvested Douglas fir, and can be dismantled and stored until next year's TED event, now on sale at the increased price of $8,500.

"There's a lot of expenses in running an event this big and so building the theatre certainly adds to the expense," Mr. Anderson said. "We didn't move to Vancouver to make more money, put it that way. We moved to have a better experience."

If the streets and bike lanes of Vancouver aren't exactly buzzing with excitement over TED, you can chalk it up to the perception that it's an elitist event, removed from the average Vancouverite's experience.

"$7,500 tickets? I don't think so," says Kristina Morrison, an accountant in Vancouver. "It's prohibitive for most people, for sure."

But this year, in a first, TED is providing some local access to the talks. Events will be broadcast live on the big screen at Terry Fox Plaza, beginning Monday evening, as well as up on Grouse Mountain. TED has also offered local high schools, universities, libraries, community centres and NGOs a free conference webstream, something that usually costs $600. About 85 organizations have signed up.

"It's really just a desire to give back locally," Mr. Anderson said. "I know that there's a lot of people locally interested in TED. In an ideal world you would throw open the doors and everyone would come, except then you wouldn't have a conference that could actually work."

Some locals are taking advantage of TED's move to town. Vancouver architect and urban designer Bruce Haden has paid to attend, interested in having "the opportunity to engage at a really high level with people thinking about very powerful issues and ideas. ... I thought if I ever was going to go to TED that probably when it's in Vancouver was the right time to do it."

Mr. Haden, with the architecture and engineering firm Dialog, is in an enviable position – it's a business expense for him. But it still took some thought and a strong recommendation from Michael Green, a Vancouver architect who spoke at last year's TED.

Mr. Green will be back this year, this time as a paying customer. He's also building the second stage for the conference. He knows the price is steep, but points out the money brought in by the conferences allows for all that knowledge to be shared online for free.

"I thought long and hard because I don't make very much money and it's expensive for me," Mr. Green said. "But I realized just like I spent money to go to university, why should I stop spending money on enriching myself?"

The number of locals attending versus out-of-towners is unknown – TED would not provide that information – but Tourism Vancouver predicts $2.1-million in direct and $4.5-million in overall economic impact.

Vancouver Mayor Gregor Robertson expects a ripple effect beyond this week. "I think this is a great opportunity for our city to strut its stuff to some big influencers," he says. The city contributed $25,000 toward a monumental work of public art commissioned for the conference, and paid $17,000 for TED street banners.

A consortium involving Tourism Vancouver, the Canadian Tourism Commission, the Vancouver Convention Centre and supported by the Vancouver Hotel Destination Association paid a fee to partner with TED to soften the financial blow of the move north. The CTC would not disclose the amount, but said there is great marketing power in being host city to TED.

WHAT TO EXPECT WHEN YOU'RE TEDDING

Each TED conference has a theme. This year's is The Next Chapter. The talks are grouped into sessions that have further themes, such as the opening event "Liftoff!" featuring Mr. Hadfield, among others. The final session, "Onward" will include a talk by Gabrielle Giffords – the former U.S. congresswoman who survived a gunshot to the head – and her husband Mark Kelly, billed as gun-law activists.

Sessions can be viewed in the theatre or in various gathering places. You can watch from a couch, bed or a beanbag chair. Other activities complement the daily TED experience. There will be yoga, meditation, "caffeine-fuelled conversation breaks," early morning jogs, and late-night partying.

The TED website recommends drinking plenty of water, taking multivitamins and going easy on the alcohol. Also, leave your computer in your hotel room and your smartphone in your bag. "TED is an immersive experience, and you won't want to miss a moment."

The TED people also recommend talking to strangers. The small talk may end up being about oceanography or neuroscience, and it could lead to important connections and collaborations down the road.

Further, a successful TED talk can change a career – or even the world.

Mr. Green, whose 12-minute talk "Why we should build wooden skyscrapers" has been viewed more than 900,000 times since it was posted last summer, says the impact has been tremendous – with architects, architecture schools and even governments around the world suddenly giving the idea a close look– a development he "100 per cent" attributes to his online talk.

"One of the criticisms of TED often is how can you solve a major problem in 18 minutes or in my case 12 minutes?" he says. "You can't, but what you can do is introduce new ideas to new audiences and if they're interested, they'll go and research it further, and that absolutely in my case proved itself out."

Benjamin Bratton used a TEDx talk for his takedown, accusing TED of over-simplification and famously calling it "middlebrow megachurch infotainment."

"I submit," he said in the talk later published by The Guardian, "that astrophysics run on the model of American Idol is a recipe for civilizational disaster."

When asked about all the criticism, Mr. Anderson chuckled, pointed to his own Guardian piece in defence of TED, and acknowledged there have been some missteps. But he said the quality is rising as the organization evolves.

"This is a journey. And it's a journey being carried out with a great deal of passion and desire to do things right," he says. "Every day that goes by we learn something new. So we let the journey continue. That's what the world of ideas is. You never get to absolute perfect pristine, beautiful truth. You just learn." 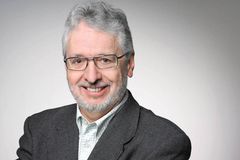 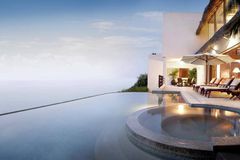 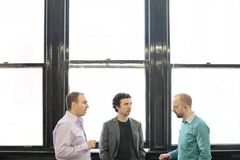