Tim Gosley spent the weekend manipulating scraps of foam and wire, transforming whimsical creations into creatures who seem, at least to children, to be alive.

"A bit ugly in the face," Mr. Gosley admitted. "Mouldy, wool hair. I shaved his beard, because you couldn't see his mouth opening and closing. Pretty wrinkly chin. As I'm starting to get."

The gold-rush character had originally been created by Mr. Gosley more than 30 years ago for a stint at Fort Steele, the heritage town in the Kootenays. He was brought out of mothballs for an event marking Victoria's sesquicentennial celebrations.

A day earlier, Mr. Gosley could be found at a fundraising gathering at Woodwynn Farms, which offers therapeutic programs for the homeless. He strolled the verdant lawns, chatting to children through a puppet called Desmond the Dragon.

He designed Desmond in the 1980s during a four-year stint with the popular children's show, Fraggle Rock, where he worked with Jerry Nelson, who handled Gobo Fraggle. Mr. Nelson, best known for handling the Muppet known as the Count von Count, died on Thursday, aged 78. "He was bristly but sweet," Mr. Gosley said.

Mr. Gosley also worked on the Canadian version of Sesame Street, where he spent nine years operating and providing the deep, rumbling voice for Basil, an amiable Muppet polar bear.

"He looks like a big white ape," he said. "He was big and warm, sounded a little dumb, had a big heart, always got his way."

Success behind the scenes and below the camera's lens came without public accolade, a development that suited the puppeteer. A newspaper profile at the time was headlined, "Anonymous star likes it that way."

The struggle in Mr. Gosley's working life has always been between being an entertainer, which pays the bills, and being an artist, which provides other satisfactions.

His father was one of Victoria's best-known and best-loved entertainers. Jerry Gosley arrived on Vancouver Island as a member of the Royal Air Force stationed at the base of what is now Victoria International Airport. He was ordered to launch a base newsletter and put in charge of keeping the troops amused.

After the war, he produced an annual revue in the British music-hall style called the Smile Show. The conceit of the performance would be that Victoria was more British than Britain. The senior Mr. Gosley portrayed characters from a monocled British Colonel and a bucktoothed British School Boy to a demure Queen Victoria and a raucous Diamond Lil, a gold-rush saloon gal.

The show became a summer tradition lasting more than 35 years, earning the late Jerry Gosley a spot in the B.C. Entertainment Hall of Fame as a pioneer.

The son worked behind the scenes, painting scenery and sweeping the stage.

"What was it like to have a father who dressed like Queen Victoria? It was our norm."

Tim Gosley rebelled as a young man, leaving Victoria to study theatre at the University of Alberta. He had ambitions of becoming a Shakespearean actor, only to realize the stage is not a place for the shy by nature.

He lived away from Victoria for more than three decades, returning a few years ago when he bought a home in the Fairfield neighbourhood that includes a 50-seat theatre that had originally been built for a diplomat's wife who liked to perform.

Mr. Gosley and his wife, Petra Kixmöller, a trained actor, host private gatherings at what they call Merlin's Sun Home Theatre. House concerts and performances have been held in the space.

On Sept. 22, Mr. Gosley, 58, will be performing a retrospective of his puppet career, which includes everything from time with the Muppets to his own avant-garde Dadaist puppets with emu and ostrich eggs as heads.

In October, he is reviving his father's Smile Show with the singer Cathy Fern Lewis in the starring role. Mr. Gosley will portray Queen Victoria, but not in drag, as his father did, but rather by operating a two-thirds-sized puppet of the monarch.

To his surprise, he has enjoyed working on the revival.

"I got to rediscover how lovely it was to do that sort of material," he said. "Whereas before I just resented it."

After the passages of so many years, the puppet master has learned he can honour his father's legacy no strings attached. 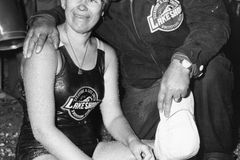 Checkout time at most notorious flophouse on the island
August 19, 2012 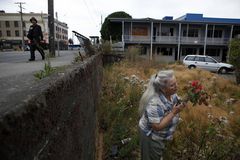 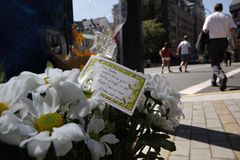