When a report surfaced this week suggesting nearly a quarter of the condos in some areas of Vancouver sit empty or are occupied by non-residents, it elicited a predictable response.

In the minds of many, the study by University of B.C. planning professor Andrew Yan confirmed their worst suspicions: the city's real estate market had become a refuge for foreign investment, mostly from China. This was responsible for driving up the cost of housing and contributing to a certain soullessness in Vancouver.

Mr. Yan's analysis, based on 2011 census information, didn't specify where the owners of all these unoccupied condos were from, but that didn't stop many from jumping to the conclusion that they were all from Asia and that something had to be done to stop it.

That assumption, however, ignores previously published information that suggests the condos that are being purchased in Vancouver aren't being bought up mostly by foreigners at all. For instance, a 2012 analysis done for the Canadian Mortgage and Housing Corp. indicated that of the total number of condos purchased by investors the previous year – that is, people who bought but weren't living in the units – 75 per cent were from Metro Vancouver while only 2 per cent were from foreign countries.

Another number to consider: according to 2012 figures compiled by Landcor Data Corporation, only 39 condos were purchased last year in Vancouver by owners who asked that the tax assessment be sent to an address in China. Another 373 apartments were bought by people from Hong Kong, while 1,612 were picked up by Americans. Meantime, 56,984 were acquired by Canadians.

Now, perhaps, we can talk about this great unoccupied condo scandal in a different light.

This is not, primarily, a foreign-made problem. But since we're on the subject, let's talk about it. Are there people from China and other points east buying condos in the city? Of course. Many of these people are filthy rich and treat Vancouver as the gorgeous playground that it primarily is. These are global cosmocrats who make their money in the real business centres of the world – Hong Kong, London, New York – and then drop in here as a respite from the hurly-burly of their hectic lives. Some bought condos for their kids to stay in while they attended school here. In some cases, those children have moved on but the apartment remains.

In most cases, these wealthy purchasers are buying high-end units with golden views of the city, posh pied-à-terres that are out of reach for most of us. And they pay the requisite taxes to the city to maintain them. To which I say: What is the problem?

Are we going to start telling people that if you're buying a condo in Vancouver you have to make sure you, or someone else, lives in it year-round? Are we going to say you can't buy a condo as an investment property and sit on it for as long as you want before selling it for a profit? I have no problem with exploring the possibility of establishing some policy protocols that would prevent people from flipping properties, from making a purely speculative play in a short period of time. But to tell people they can't buy a condo and leave it empty if they want is ridiculous. It's parochial. It makes the city look silly.

I also find it amusing that we get so up in arms about "foreigners" buying up our real estate but think nothing of the thousands of Canadians who have poured into the United States in recent years to take advantage of the housing mess down there. Does anyone doubt that many of those same Canadians are buying those condos as investments in the hopes they'll cash in once the market returns to normal? Do you hear Americans crying foul?

You can't say: "Oh, it's different because we aren't driving up real estate values in Phoenix or Palm Springs the way investors are apparently doing in Vancouver." You either believe in a free market system or you don't.

Whether we like to admit it or not, Vancouver is an urban resort whose value mostly resides in its real estate and not much else. And when that's the case, you're going to encounter the types of situations that we see now, with some buying condos as expensive business-class lounges and others purchasing them as an investment decision.

And I'm not sure there's much you can do about it or would want to. 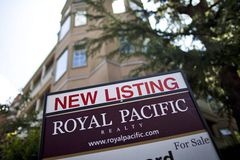